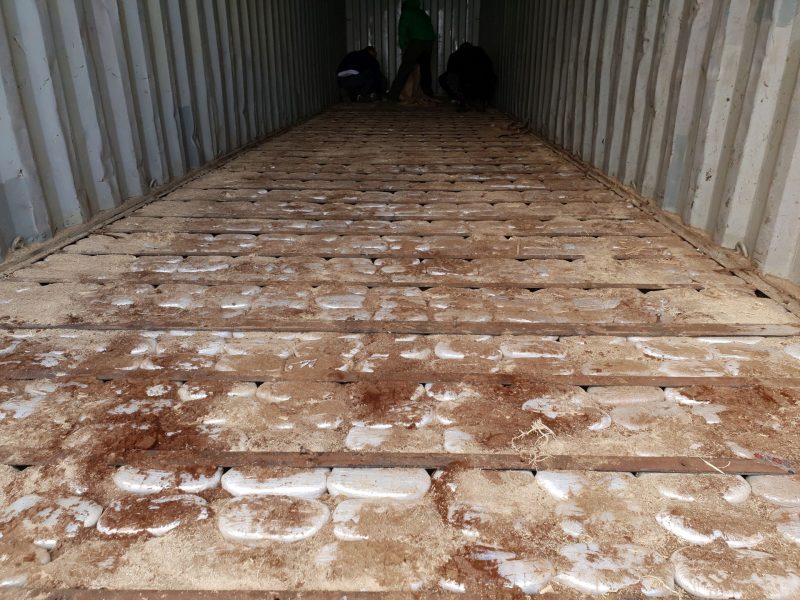 July 6, 2019 6:18 am 0
Are Assad Laboratories Preserving COVID-19 For a Rainy Day?
America Declining and Russia Rising
Assad is Refusing to Free Syrian Prisoners Despite the Coronavirus

Greek authorities have seized what they described as the world’s largest single haul of super-charged amphetamine Captagon pills from Syria worth more than half a billion euros. One can add drug smuggling to Assad resume. Nothing happens in Syria without Assad approval and knowledge. Especially when it comes to enterprises that line his pockets. Just like all authoritarian regimes.

Coastguard and drug enforcement officers seized three containers full of the amphetamines, the financial crimes unit (SDOE) said on Friday. The operation involved 20 officers and landed 5.25 tonnes of the drug – 33 million Captagon pills – found in the containers shipped from Syria.

The financial crimes unit said in a statement:

It is the largest quantity that has ever been seized globally, depriving organized crime of proceeds that would have exceeded $660 million (587.45 million euros)

Captagon is one of several brand names for fenethylline hydrochloride. The drug compound belongs to the family of amphetamines, stimulants of the central nervous system.

In the 1960s doctors prescribed the drug to treat narcolepsy and depression; however, by the 1980s the medical community determined that Captagon’s addictive properties outweighed clinical benefits. It became a banned substance but not without millions of addicts the Assad regime kept them fighting.

Captagon is a popular narcotic in the Arabian Peninsula and in war-torn Syria. Assad manufactures it to induce addictions for fighters to follow orders.

In 2014, The Guardian ran a story about Captagon’s use in Syria in which it wrote:

Separate investigations by the news agency Reuters and Time magazine have found that the growing trade in Syrian-made Captagon – an amphetamine widely consumed in the Middle East but almost unknown elsewhere – generated revenues of millions of dollars inside the country last year, some of which was almost certainly used to fund weapons, while combatants on both sides are reportedly turning to the stimulant to help them keep fighting..

Syria became a major amphetamines exporter and consumer as the trauma of its civil war fueled demand. Add to that Assad bankrupt economy, which created new opportunities for Assad fund his war.

Assad Army Composition of Forced Conscription
It is not about the Alawites of Syria, It is all about Assad
While the West Battles a Pandemic the Nefarious Conspire
Assad Terror 231 Syria News 1190