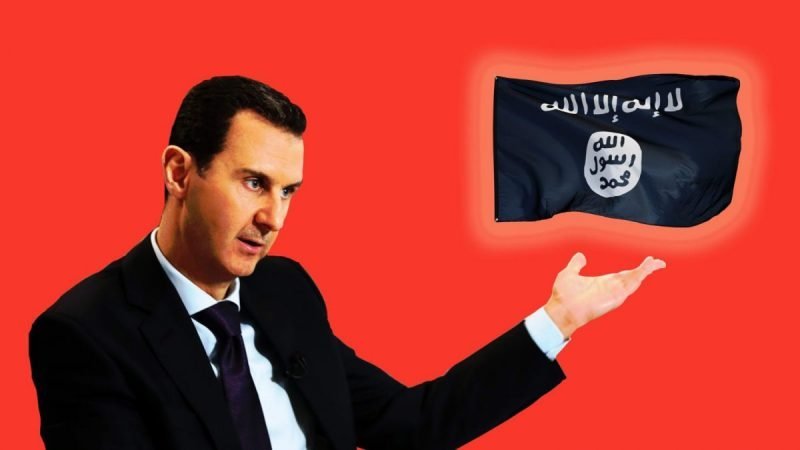 January 17, 2019 3:20 am 0
Assad Owns Moscow Apartments Worth $40m
As Iran Toys with Obama, Assad Spreads His Terror
After All Is Said and Done, More Is Said Than Done

A bomb attack claimed by Islamic State killed two U.S. troops and two civilians working for the U.S. military in northern Syria on Wednesday, weeks after President Donald Trump said the group had been defeated there and that he would pull out all American forces. However, do not be surprised if the Assad regime committed this terror. Did Assad kill four Americans?

The attack in Manbij appeared to be the deadliest on U.S. forces in Syria since they deployed on the ground there in 2015. A militia allied to U.S.-backed Kurdish forces controls the town.

The U.S. military confirmed the death of four Americans and said the blast also injured three U.S. troops. An Islamic State-affiliated site said was it was the work of a suicide bomber.

WE SAW THIS MOVIE BEFORE

Where did we see this movie before? Fringe terrorist groups, weaponized by America’s enemies like Iran, play the proxy game. Puppeteers to a master killer in the region in either Assad or Iran?

Take a closer look at Iran. The Tower, an online news site, writes:

Tehran coordinates and provides a wide array of support and aid to its proxies, mainly through the IRGC-QF and its commander, Qassem Suleimani. It seems important, then, to recall that the U.S. Treasury Department has designated the IRGC-QF and its commander for activities related to the proliferation of weapons of mass destruction and support for terrorism, accusing the Quds Force in 2007 of providing material support to the Taliban and other terrorist groups. The Justice Department cited the group as “conduct[ing] sensitive covert operations abroad, including terrorist attacks, assassinations and kidnappings, and is believed to sponsor attacks against Coalition Forces in Iraq.”

Iran and al-Qaeda? Here is another article from a left-leaning Think Tank.

Iran and ISIS? And another article detailing ISIS as an Iranian proxy.

Assad and Iran are in lockstep when it comes to U.S. troops in Syria. On several occasions, Assad threatened to harm them should they remain inside the country. Decimating ISIS does not help Assad because he needs to nurture some terror group to fend off any western “regime change” talk. Those ISIS terrorist idiots play a major role in keeping the region backward through violence, religious or secular.

Which brings us to Assad’s own proxy plans.

Assad and ISIS? Here is an article by a left-leaning source detailing how Assad nurtured and fostered ISIS to show his alternative. Assad’s intelligence services were behind that nurturing after they released religious fanatics from their jails for that purpose.

And another article in which one of his henchmen admits “building” ISIS.

Asking the question: Did Assad kill four Americans to induce a rapid withdrawal from Syria that lately seemed to oscillate between a “We are withdrawing” and a “We are not yet withdrawing?

You bet he could have.

Every investigative reporter looks for 1) Motive, 2) Means, and 3) Opportunity or ability in the criminal enterprise he is investigating. The Assad regime, in cohort with Iran, passes with flying colors on that score.