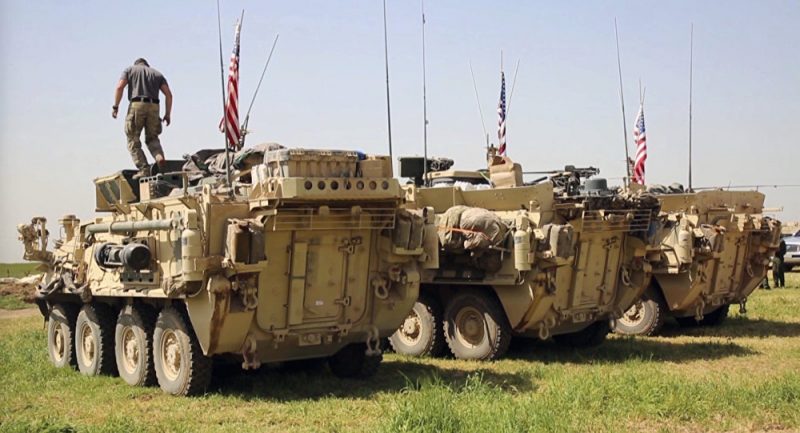 Putin Bold Threat Against US Troops in Syria

If you want to know how much Vladimir Putin fears President Donald Trump, tune to this CNN article and short video. It details the latest Putin bold threat against our troops in Syria.

Russia has warned the US military twice in the last week that its forces, along with Syrian regime units, are prepared to attack in an area where dozens of US troops are located, according to several US defense officials.

Russia claims that there are militants in the area protected by US troops.

Moscow’s declaration has sharply raised US commanders’ concerns that American forces would be at risk if a Russian attack goes forward, CNN has learned. And it has sparked US warnings to Moscow not to challenge the US military presence.

Putin Bold Threat is a Bluff

Do you think the Russians would dare send the same warning if President George W. Bushwas was in office today? Imagine what Vice-President Dick Cheney would recommend to do? Only during the times of Donald Trump because of his friendly disposition towards the thug in Moscow. The same goes for Barack Obama for his weakness.

Putin bold threat is may force the United States to blink by moving its troops out of the region; thus, leading eventually to chasing the United States from this wrecked nation. In fact, we believe Putin is sending a signal and a reason for Trump to exit Syria permanently. He is hoping Jim Mattis, who has shown an isolationist streak, might just go along as well.

If Russia starts attacking with their imprecise missiles, it might kill some of the U.S. troops stationed around al-Tanf to defend against ISIS. Should this happen, how would the U.S. take it? Would the Pentagon retaliate or recoil?

We do not believe Putin bold threat has any credibility. The thug would not dare. It is a ploy to remove the United States from Syria.

Let us hope he doesn’t rely too much on Trump to the point of carrying out a reckless attack.

Putin Bold Threat Against US Troops in Syria

Will China Test its Weapons in Syria Too?
Assad and Putin Struck Over 500 Medical Sites in Syria
Will Trump Send Cash to Putin à la Obama to Khamenei?
Putin Terror 436 Syria 450 Syria News 1213