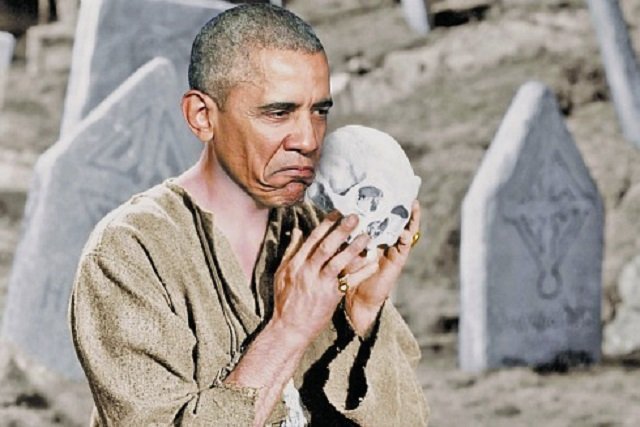 The US has a brutally incoherent strategy in Syria

TFS Note: Communist Barack Obama has a secret agenda that contradicts U.S. interests. It is not about incoherence. It is about harming America.

Source: The Washington Post (The US has a brutally incoherent strategy in Syria)

When he was asked why the Obama administration announced the dispatch of a contingent of Special Operations forces to Syria on the same day a multinational conference was discussing diplomatic solutions to the country’s civil war, Secretary of State John F. Kerry responded that it was a “coincidence.”

The remark was more revealing than he intended. A flurry of U.S. actions on Syria in recent days not only failed to add up to a coherent strategy, but also did not even support one another.

Mr. Kerry was in Vienna trying to win agreement on a plan for a political transition in Syria that would include the creation of a transition government, the drafting of a constitution and U.N.-supervised free elections.

That broad idea won support, but Mr. Kerry’s proposal for a timeline under which Syrian President Bashar al-Assad would be removed in four to six months and elections held in 18 months was flatly rejected by Russia and Iran, according to the Wall Street Journal. That means the cease-fire the diplomats called for is unlikely to happen, since rebels will not accept an end to the war that leaves the blood-drenched dictator in power.

Mr. Kerry rightly insisted that the removal of Mr. Assad is necessary to end the civil war and defeat the Islamic State. But he also acknowledged that the military measures announced Friday by the White House, which will send 50 or fewer Special Operations troops to northern Syria and increase air assets in Turkey, will not advance that aim.

“It is not an action or a choice focused on Assad,” he said Saturday. Instead, the measure is aimed at weakening the Islamic State by supporting an alliance of Syrian Kurds and Arabs that intends to capture territory and supply routes near the Islamic State capital of Raqqa.

Any action that increases U.S. military pressure on the terrorist entity is welcome, but the steps Mr.?Obama approved are incremental and underpowered. By the account of U.S. officials, they are not consequential enough to lead to the fall of Raqqa anytime soon.

And Mr. Obama set aside other plans developed by the Pentagon, such as one to back Iraqi forces with Apache helicopters and front-line advisers to enable advances against the Islamic State from the east as well as the north.

On Saturday, the administration announced $100 million in new nonlethal aid to the Syrian opposition. But the Syrian forces receiving the new U.S. military support not only are not fighting the Assad regime but also do not necessarily share the political goal endorsed by the Vienna conference of reuniting the country while leaving “state institutions .?.?. intact.”

Syrian Kurds, who have a de facto truce with the regime, are attempting to carve out their own autonomous territory.

Russia and Iran are using military forces they have dispatched to Syria to back their political goal, which is to keep the Assad regime in power indefinitely. Because Mr. Obama refuses to endorse steps that would place more pressure on Mr.?Assad, Mr. Kerry lacks the leverage to reject that agenda.

U.S. military force meanwhile is being applied to a tactical objective that, if achieved, might do as much to help the Russo-Iranian cause as it would to achieve U.S. political aims. Given the disconnect between U.S. military and diplomatic efforts, it will not be surprising if both are failures.

The US has a brutally incoherent strategy in Syria