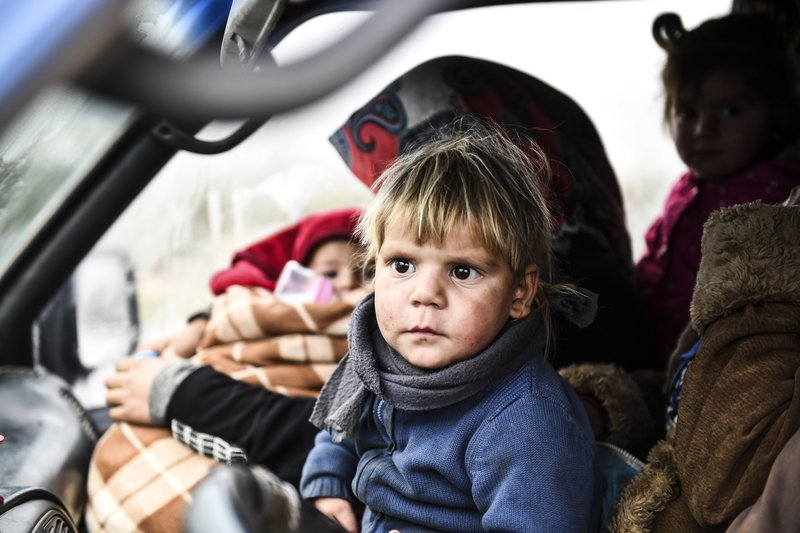 The on-going military campaign by the Assad regime against the province of Idlib is augmented, according to senior U.N. spokesperson, by the Russian terror displacing 800,000 Syrian civilians mostly women and children. They have fled their homes during a Russian and Iranian backed Syrian military campaign.

The exodus is expected to continue. Thousands of people are on the move as whole towns and communities fleeing to the safety of areas near the Turkish border,

Tragically, the number of people displaced – the vast majority of them women and children – has now surpassed 800,000.

Russian jets and Syrian artillery have pounded towns and villages since early December. They both renewed their assault, backed by pro-Iranian militias, with the aim to clear the rebel fighters without any regard to civilian casualty. The Syrian and Russian carpet bombing toll aims to maximize civilian death.

Residents are fleeing by the thousands in open trucks or by foot; often at night to escape detection despite the bitter cold temperatures.

U.N. officials say the region is on the brink of a humanitarian catastrophe. Those on the run in Idlib and adjoining Aleppo province are joining close to 400,000 people who fled earlier bouts of fighting to the safety of camps near the Turkish border.

The latest offensive has brought the military campaign closer to heavily populated northern Idlib. According to the United Nations. the Assad campaign has trapped nearly 3 million people. Many living in makeshift tents in extreme weather conditions.

Families fleeing air strikes and advancing troops in Idlib province are sleeping rough in streets and olive groves. Aid workers have said that the displaced Syrian are burning toxic bundles of rubbish to stay warm in the biting winter weather.