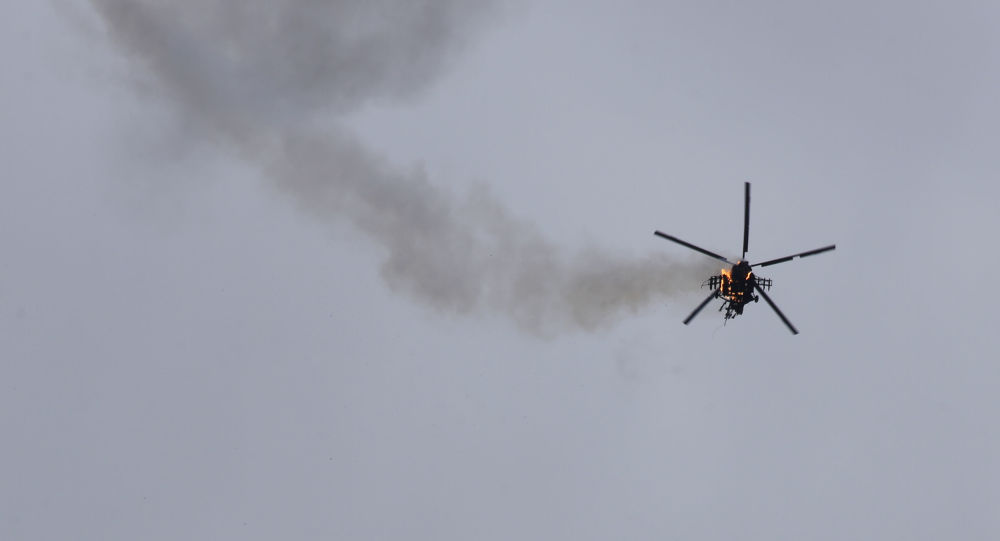 Turkish-backed Syrian rebels shot down a government helicopter west of Aleppo in Syria’s northwestern Idlib region, where violence and displacement has spiked in recent weeks, Turkish and Syrian state media said on Friday. This is the second Assad forces helicopter shot down in 3 days.

A rebel military source and eyewitnesses told Reuters Russian jets had been targeting areas in the countryside west of Aleppo. However, after the rebels downed the helicopter, they evacuated back to the city.

ASSAD CALLS HIS OWN PEOPLE TERRORISTS. EVEN CHILDREN.

One of our military helicopters was hit by an enemy missile in the western countryside of Aleppo…where armed terrorist organizations supported by Turkey are deployed, and this led to the fall of the helicopter and death of its crew.

Turkey’s military has sent additional arms and troops to Idlib. Their mission is to confront a push by Syrian government forces to retake the country’s last major rebel stronghold after nearly nine years of war. Russia backs the Assad regime with personnel and materials.

The Syrian Observatory war monitor said on Friday that Turkey had deployed around 6,500 soldiers to reinforce existing units in northwest Syria. It also deployed some 1,900 military vehicles since early February.

The rebels struck then helicopter as it flew over the front lines after leaving Aleppo. It came from a region the Syrian government controls, Turkish state-owned Anadolu news agency said. Rebels downed another government helicopter on Tuesday near the town of Nairab, to the south.

Syrian state-run al-Ikhbariya TV meanwhile broadcast what it said was its crew driving for the first time into Aleppo via the M5 international highway. The M5 has been a focal point of Assad’s latest military campaign.

Ikhbariya said the Damascus to Aleppo roadway that runs through Idlib province was fully under the control of Syria’s army.