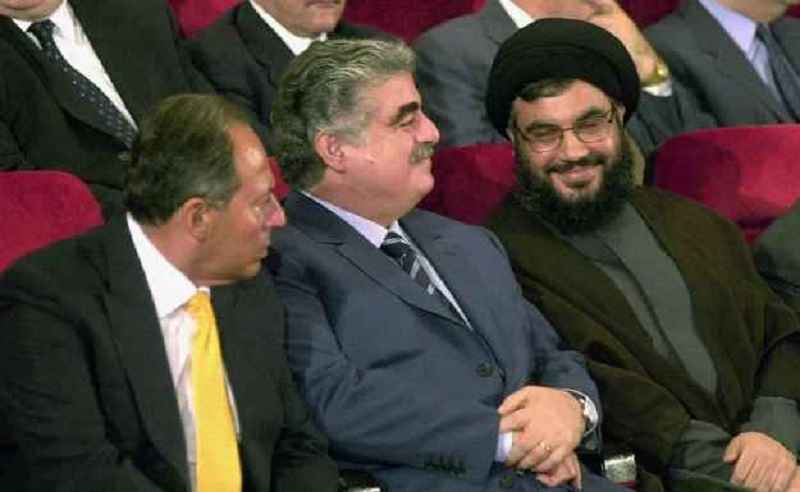 The United Nations Special Tribunal for Lebanon just dropped a second and a deadlier bomb on the Lebanese people. The U.N.-backed tribunal delivered a cowardly verdict exonerating two guilty terrorists in Baschar al-Assad of Syria and Hassan Nasrallah of Hezbollah. The former who ordered the death of Rafik Hariri and the latter who carried it out. In doing so, the Hariri verdict projects UN complicity in the crime.

When an organization spends 11 years investigating a matter that should take months, the outcome is both predictable and politicized. In exonerating two mass murderers in Assad and Nasrallah, the United Nations believes it is creating the conditions to alleviate more pain and suffering when it is only sending the message to the world that terror pays. Meanwhile, to hell with justice, truth, equity, and impartiality.

It is important for the Lebanese community in New York to descend upon the U.N. HQ in Turtle Bay to demand answers. Let the U.N. leadership know what the world thinks of them. Aliens did not plan, fund, and kill Rafik Hariri. That we can assure you! Neither can a single Hezbollah terrorist carry out this large operation of terror on his own.

David Re concocted 2,600 pages of BS to exonerate the most violent men in the Middle East

The United Nations just flung the door wide open to future assassinations and violence in the region, which suits just fine the mammoth organization and its fund raising abilities.

It is obvious that David Re and all the other judges have come to a conclusion that defies logic. It defies intent, past history, and motives for a murder both Assad and Nasrallah were never good at hiding. It’s almost like David Re called both men and asked them each: Were you involved in killing Rafik Hariri? Based on their answers of “no”, he concocted 2,600 pages of BS to exonerate the most violent men in the Middle East. Men known for killing their opponents violently and expeditiously.

Do these words mean anything for judge Re and his cohorts? “past history of violence”, “circumstantial evidence”, “Lebanese political background”, “confirmed Assad threats”, “hierarchy of terror”, and “who funded what?”. Do you think one Hezbollah terrorist, with no financial means, could fund such a massive terror operation? Do you think the accused decided to kill Rafik Hariri on his own? Who, then, ordered Hariri dead? Dummy dumb.

THE HARIRI VERDICT PROJECTS UN COMPLICITY IN THE CRIME

Not only did the verdict flung the door wide open to future assassinations and violence in the region, which suits the United Nations fund raising abilities, but it also made the UN complicit in the crime for covering up for Assad and Nasrallah.

We have two questions for judge Re. How many Syrians did Assad kill? How many U.S. troops died at the hands of Hezbollah terror? Ya, we know you don’t care. You just anno0unced it to the world.

For 11 years David Re has been collecting a large salary not to investigate the truth but rather to appease men of violence on orders from those who hold swords over his neck. Including the top leadership at the U.N.

The memory of Rafik Hariri lives on. It is better for the U.N. Tribunal, it seems, to deliver a compromised verdict against a dead and peaceful man than a guilty verdict against two living and violent men. One, even if he could talk, is of no threat. The others, when they talk, make things go boom.

This is how cowardly and stripped of all reality this U.N. verdict is.