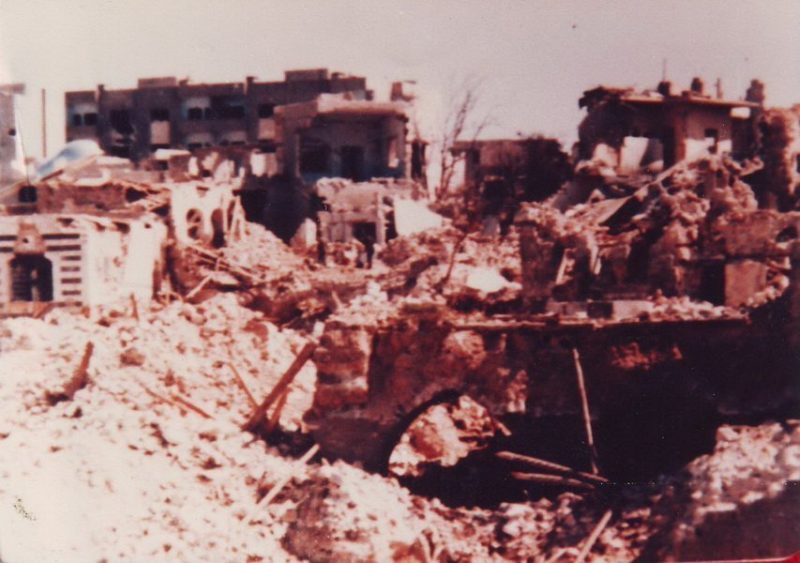 The uncle of Chemical Assad will stand trial in France for allegedly acquiring millions of euros worth of French property assets using funds diverted from the Syrian state, a judicial source said on Wednesday. France prosecutes first Assad family member ever. Let the butcher of Damascus take notice.

Rifaat al-Assad is a former military commander, and brother to Hafez al-Assad. He is widely held responsible for crushing a Muslim Brotherhood uprising in 1982. To kill few hundreds, Rifaat leveled the whole city of Hama.

The death toll after the dust settled was upwards of 30,000 Syrians. Mostly innocent civilians to include women and children, which is exactly as Chemical Assad has embarked on doing in Syria today.

The wheel of justice turns slowly sometimes because it took 37 years to bring first Assad ever to justice. Nonetheless, it turns.

French judicial authorities suspect him of having unduly acquired real estate in several countries with funds from Syria. The 81-year-old has repeatedly denied the allegations.

The Akhras family in London, Chemical Assad in-laws, is also living off Syrian stolen funds. Will they be next?

In France, the value of his properties, including a mansion on the prestigious Avenue Foch in Paris, could be worth about 100 million euros ($113.01 million), the source said.

Rifaat al-Assad turned against his own brother in 1984 after a power struggle over who would succeed his older brother, Hafez. He now lives in exile between France, Britain, and at one point Spain where he also owned sprawling real estates on the Mediterranean.

EVERYONE BUT RIFAAT AL-ASSAD

He has previously called on his nephew to step down as Syrian leader. He also, in past interviews, criticized Syrian opposition groups. Anybody is no good except himself.

In 2017, Spanish authorities seized more than 500 Spanish properties from him, worth about 700 million euros, as part of a Franco-Spanish money-laundering operation.

Anti-corruption organizations Sherpa and Transparency International France first filed a legal complaint against him in 2013.

Bravo France for landing the last nail in is coffin. May he rot in jail like so many innocent Syrians the Assads have put in their own jails.