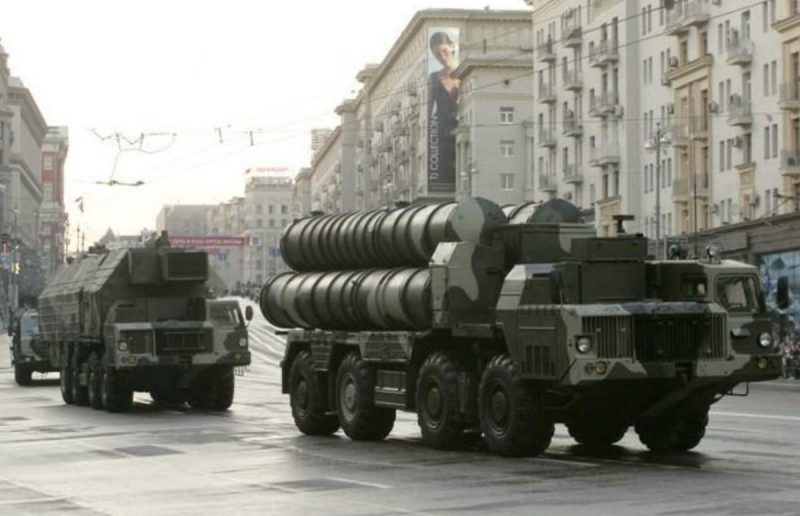 September 24, 2018 8:32 am 0
Oil Lots Taketh and Weapon Lots Taketh Back
Why World Leaders Are Silent When Putin Commits Atrocities?
Syrians Caught between Devils You Ought to Know

Russia announced on Monday it will supply an S-300 surface-to-air missile system to Syria in two weeks. The decision was taken against strong Israeli objections. It happened a week after Moscow blamed Israel for indirectly causing the downing of a Russian military plane in Syria. Concentrating on ISIS removal while letting the “least of two evils” live was a big mistake. Israel missed chance to kill Chemical Assad in 2011 and beyond.

Shoigu then dropped the other shoe:

Russia, which occupied Syria to support Chemical Assad, has said Syria shot the IL-20 surveillance plane down by mistake shortly after Israeli jets hit a nearby target. Russia blamed Israel for creating dangerous conditions that caused the crash.

Israel, which has struck Syria scores of times during the seven-year war, said after the incident that it would work to improve “deconfliction” of its missions with Russian forces, but would not halt them. It has long lobbied Moscow not to provide the S-300 to Syria.

Kremlin spokesman Dmitry Peskov told journalists on a conference call that the decision to supply the weapons was:

… not directed at any third country. Russia needs to increase safety of its military and it should be clear for everyone.

But he also repeated Moscow’s accusations that Israel was to blame for the crash:

No doubt that according to our military experts, deliberate action by Israeli pilots was the reason for the tragedy and this cannot but harm our (Russia-Israeli) ties.

Chemical Assad explicitly linked the Russian decision to supply the weapons to the air crash. His office said:

The missile system, originally developed by the Soviet military, but since modernized and available in several versions with different capabilities, fires missiles from trucks and is designed to shoot down military aircraft and short- and medium-range ballistic missiles.

Israel says its air strikes on Syria are not a threat to Russia’s ally Assad; but that it must carry them out to halt arms shipments to Iranian-backed Lebanese group Hezbollah. It has made repeated efforts to persuade Moscow not to sell S-300s to Syria. An S-300 may hinder its aerial capability.

In reality, Putin was looking for an excuse to protect Iran in Syria on a permanent basis. When Russia is unable to fund its operations in Syria, Iran will fill that gap. Syria’s economy is non-existent as half the population has been ousted or displaced. The country is experiencing a deep brain drain it may never recover.

Israel missed chance to kill Chemical Assad early in 2012 before he unleashed the Islamists from his prions top foster ISIS. It seems the Israeli Government did not want to go the distance barring Foreign Minister Avigdor Lieberman.

Early in 2012, the year after the outbreak of the civil war in Syria, the Foreign Ministry drafted recommendations on Israel’s position regarding Syrian Bashar Assad… the ministry said Israel should denounce the slaughter in Syria and call for Assad’s ouster… The Israeli foreign minister at the time, Avigdor Lieberman, accepted this recommendation, but Prime Minister Benjamin Netanyahu opposed it.

ISIS had no international support, no agents in the United States — like Dennis Kucinich and Tulsi Gabbard to speak on its behalf — no nuclear big brother to protect it, and no United Nations seat to threaten the Jewish State. Destroying ISIS, after Assad removal prior to Putin interfering in Syria’s civil war, would have been a breeze. Israel missed chance to kill Chemical Assad it will regret for a long time.