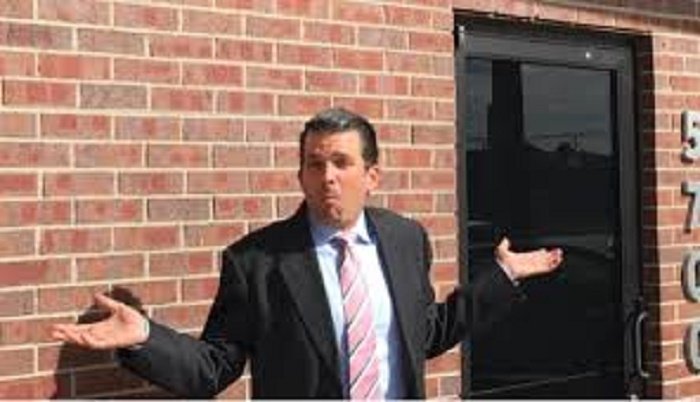 When the headline first appeared, Falafel thought of trees and apples. The ones that inspired Isaac Newton upon an apple falling and landing by its fatherly tree. That tree and its apple eventually led to the Falafel Trump Junior dumbness interview.

Without any hesitation, Falafel dialed Don Jr. who sounded ecstatic. Falafel thought to himself “That dumb ass either did not read the 448-page Mueller report just like his father, or he is really dumb.” Only Falafel can discover the real truth about this apple.

But first, Falafel thought about the University of Pennsylvania (The Wharton School), which has graduated some of the top minds in the country. When such a venerable school accepts Donald and Donald Jr. to carry the mantle of its greatness, it is insulting tens of thousands of other graduates who earned their way into its classrooms.

Great American colleges must stop, no matter how needy they are of large donations, to accept dumb people just because their daddy was generous. It’s unfair to other graduates as well as to those who deserve more to attend it than the Donalds.

Junior sat in the foyer of the White House fiddling with his iPhone when Falafel greeted him.

Donald Jr.: Hell Falafel, you scared me. How did you get in here?

Falafel: My name was in the front gate guest list.

Donald Jr.: No, I mean into the United States.

Falafel: I emigrated with my parents long ago to escape a war.

Donald Jr.: Well, I can tell you that. With a name like Falafel, my father would have stopped you from coming-in.

Falafel thought. Junior just answered my question and I did not even start the interview.

Falafel: I am sure you or your father would have found some goodness in your heart to accept a brown family to America.

Donald Jr.: Not really. Shall we sit here? I only have 15 minutes.

Falafel: It will take me less than five.

Donald Jr.: That quickly. How can you get to know me if the interview lasts less than five minutes?

Falafel: I have great intuitions. Shall we start?

Donald Jr.: Shoot away. But first, did you read the report?

Falafel: I read excerpts here and there but not the full report.

Donald Jr.: Me neither. I did send a Tweet though earlier and it seems I shook things up with it.

Falafel: In what way?

Donald Jr.: People know now that the report is fake.

Donald Jr.: It’s fake because I said so. Don’t question me.

Falafel: I am a reporter, I am supposed to question.

Falafel: Reporters ask questions and politicians answer them for the public’s benefit.

Donald Jr.: I never heard that one before. Where did you go to school?

SHAME ON YOU WHARTON

Falafel: University of Aleppo in Syria.

Donald Jr.: No wonder. I went to Wharton School. You know Wharton?

Falafel: I heard about it.

Donald Jr.: Well, you can never get into Wharton. It’s for people like myself.

Falafel (running impatient): Can we start the interview now?

Donald Jr.: No, you can’t. Not until I tell you. What did you hear about Wharton?

Falafel: That it graduates the smartest people, but sometimes it makes mistakes.

I AM AS GENIUS AS MY FATHER

Donald Jr.: You damn right it makes mistakes. I should have graduated in two years, not four.

Falafel: What makes you say that?

Falafel (looking at his wrist watch): Darn it. Our time is up. I have another interview right after this one. Sorry, must go now.

Donald Jr.: What do you mean you must leave? You just arrived.

Falafel: I have what I came here for. Do you know how far Wharton School is from here?

Falafel: Because my next interview is with Geoffrey Garrett the Dean of Admissions at Wharton.

Donald Jr.: What for?

Falafel: To ask how long it took him to find you.

Folks, believe me when I tell you: Donald Jr. is as dumb as his dad is if not dumber.

Trump Supporter Average IQ is Below 90
Everything Putin Would Do To America Trump is Doing
Russia Helped Trump Rise, China is About to Bring Him Down
Incoherent Donald Trump 80 Political Satire 124