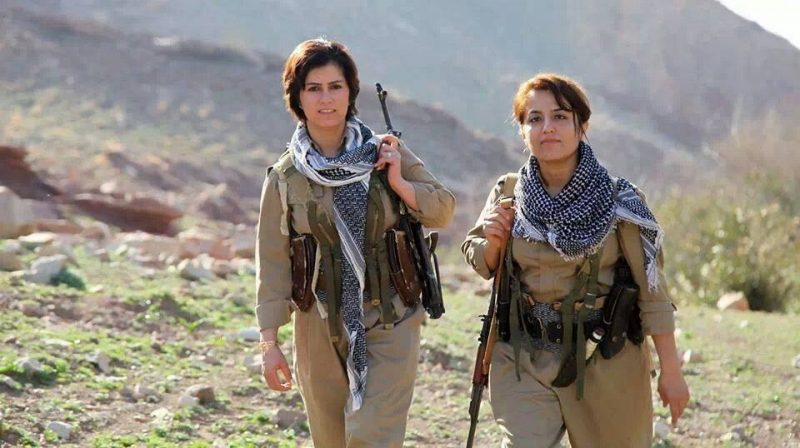 Why So Much Hysteria About the Kurds?

When Donald Trump abandoned the Kurds of Syria by giving Turkey the green light to create a safe zone in areas occupied by the Kurdish fighters, we can assure you he did not expect the uproar that followed. Not only both houses objected vehemently, but Europeans and some Arab countries did as well. But why so much hysteria about the Kurds? To those who need to know, this article is a synopsis that might explain the hysteria.

EVERYONE IS UPSET ABOUT TRUMP’S MOVE

Congress passed overwhelmingly a Resolution condemning the Syrian move by the President. The final tally showed a strong bipartisanship support at 354 votes for the Resolution and 60 votes against it. It was one of those rare moments lots of GOP supporters turned on their own President. But why? Why would most GOP Representatives stay silent on, say, Trump racism directed against Americans, but turn on him when it comes to the foreigners in the Kurds of Syria?

Even Senator Lindsey Graham, a vigorous supporter of Trump, today stands at odds with him on his abandonment of the Kurds. He referred to Trump’s actions as “shameless“.

Same thing happened in Europe where France, Germany, and the U.K. chastised Turkey for its incursion into Syria to dislodge the Kurds. President Macron of France vowed support for the Kurdish SDF forces. Both France and Germany banned the sale of weapons to Turkey after attacking the Kurds. Britain, too, suspended arm sales to Turkey.

When was the last time so many western powers came together in unison about a policy in the Middle East? In fact, on many occasions the U.S. and the EU either clashed or sat on opposing sides. One good recent example is Europe refusal to re-admit ISIS captured fighters who came from Europe. Trump wanted the EU to take responsibility for its own citizens.

TWO MAJOR REASONS OF WHY SO MUCH HYSTERIA ABOUT THE KURDS

The Turkish-Kurdish enmity dates back to 1978. A fact not many outside the region know about it. For Turkey to attack the Kurds and vice-versa is not so unusual at the micro level of local conflicts. The U.S. and the EU are aware of that history, but their positions against a NATO member country is rather frenzied. What greater value the Kurds offer for the West to go against a member of their own exclusive club?

The Kurds represent a Sunni Muslim community with so few Muslim traditions and values. In fact, you will see fewer Mosques in Kurdish areas than in any other in the Middle East region. The Kurds are not sold on Islam or its teachings, which, by extension, makes them natural allies of Israel in the region.

The Kurds are also guardians of a liberal Muslim heritage that could spread its wings where radicalism has taken a permanent refuge. The region is in dire need for liberal Muslims. Not the likes of Mohammad bin Salman of Saudi Arabia who hails from an extremist Islamic ideology that could rear its ugly head anytime, but rather from an organic liberalism embedded into the history of the Kurdish people.

For the United States, Europe, and Israel, a Kurdistan stretching from Iran to Turkey, via Iraq and Syria, has become a necessity in a sea of religious extremism. Even if the Kurds do not speak Arabic.

Turkey, under President Erdogan, has become the spearhead guardian of the Muslim Brotherhood order. One that was born in Egypt in 1928 by the scholar Hassan al-Banna. From its begininngs as just a religious organization, the MB eventually created a Sharia-based social order that had a defining slogan in “Islam is the Solution”.

On their English language website, the MB describes its principles to include first and foremost the introduction of Islamic Sharia as the basis for controlling the affairs of state and society. This, in effect, politicizes religion. Its other goal is to unify all Islamic countries and liberate them from foreign occupation.

The MB considers our U.S. bases in the Middle East as “occupation”. Given Turkey is home to the American Incirlik Air Base, this goal may have been diluted by a more pragmatic MB view.

But when it comes to Israel, the MB position on foreign occupation is as lucid as they come. The organization aims at throwing the Jews into the sea to return the land to its Palestinian brethren. This is why Hamas, also an adherent of the Muslim Brotherhood order, is constantly attacking Israel from Gaza.

To many, a Turkish win in northern Syria is, also, a Muslim Brotherhood win.

This is why all the hysteria about the Kurds. Not only will the West miss its goals of establishing Kurdistan as a free and independent country, but its replacement reverses all the gains achieved so far to help the Middle East ease into a more modern version of Islam, more friendly to the West and its Christianity.

Why So Much Hysteria About the Kurds?