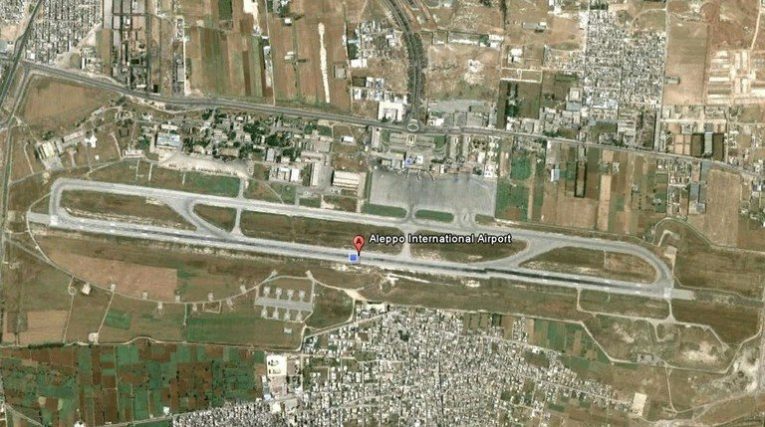 Predictable Next Israeli Strike Inside Syria

April 19, 2019 5:32 am 0
Why Is Assad Talking About Russian Bases?
Hey Rami Makhlouf Tell Us Something We Don’t Know
The Caesar Act Represents the Coup de Grace for Assad

A reliable source of information inside Syria, and which opposes the Assad rule, wrote-up an article saying that the IRGC has now total control over Aleppo International Airport. The website claims it is using it as a military port for distribution of weapons. If true, where will the predictable next Israeli strike inside Syria going to be?

Apparently, Suleimani flies on any number of military aircraft including the Russian cargo plane An-124, the Ilyushin Il-76, and the Lockheed C-130 military transport aircraft. The latter is under strict U.S. sanctions the Trump Administration has rightly levied against the Khamenei regime. The sanctions have pretty much sidelined the C-130’s.

Could the predictable next Israeli strike also be timed with a landing of a cargo plane carrying Suleimani as well? The Middle East would be a far better place if this terrorist perishes. The sooner the better.

Last year, dumb Assad believed he could revive tourism in Syria to raise much needed funds. So, he began promoting tourism On January 20, 2018, the British Daily Mail wrote:

This week the Syrian government is advertising Aleppo, along with other destinations in Syria, at the Fitur International Tourism Trade Fair in Madrid, “promoting” the country’s attractions to the world.

This is no joke. Assad truly believed, one year ago, he could attract European tourists to Syria. All we can say about this is that the idea must have come to him during one of his psychotic episodes. The butcher gets many of those bright ideas every month.

The Iranians must have laughed their hearts out when they heard of his idea. But when the dumb tourists did not show, Assad turned the Aleppo International Airport to the IRGC. The Iranians are still laughing.

Assad’s father was a shrewd politician who happens to be ruthless too.

This Assad is a ruthless politician who happens to be dumb too.

Predictable Next Israeli Strike Inside Syria