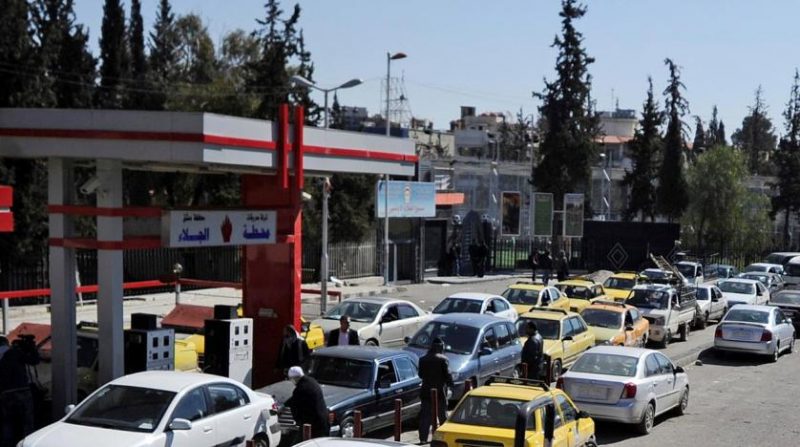 Fuel Shortages Cripple Damascus and Beyond

Fuel shortages cripple Damascus is what Asharq al-Awsat, a Saudi newspaper beholden to the MbS regime, wrote to describe the effectiveness of U.S. sanctions levied against the Assad regime. The article demonstrates how wrong it is for pundits and analysts to claim that Assad has won the war.

Less cars were seen on the streets of Damascus this week as Syria suffers from fuel shortages that the regime has blamed on strangling Western sanctions on the war-torn country.

The empty streets on Monday were in stark contrast to the heavy traffic of the passed months after the regime captured areas surrounding the capital.

Syria needs the cooperation of Egypt for its Iran imported commodities like fuel, gas, or propane. Except Egypt cannot, under the scrutiny of strict sanctions, permit for its Suez Canal to be the conduit for commodities destined to Syria. This strangling hold is having an impact on the Assad regime. In return, it is not shy about directly blaming the West for its cause.

Never mind that Assad has mobilized terror across the region by killing his own people. Never mind, also, that Assad has invited Iran to occupy Syria. In his blame game, these issues are inconsequential, which the regime never mentions as reasons for the status quo.  This is why fuel shortages cripple Damascus.

As the people of Syria suffer even more pain, the regime is also suffering. There is a point at which the residents in Damascus will stop blaming the West. They will say “You saved your skin from a revolution, now time to save our skin from your war”. Pressure on Assad in Damascus will have an impact. Already murmurs of discontent are rising, even among Assad staunchest supporters.

Pressure on Damascus means Assad will never stop looking over his shoulders. If Russia feels that his tenure is inconspicuously weak, Putin will not hesitate, to relief Syria and its large Orthodox community, from acquiescing to western demands for Assad replacement because Russia’s interests will dictate that move.

This is one logic.

The other logic pivots around the notion that if Russia wields under western sanctions, it would have granted the U.S. validity for its economic weapon. Putin would never permit himself to be the subject of ridicule by Russian historians. Nor would he permit Russians to see him as submissive to western diktat.

All it takes is a small spark. Remember Archduke Franz Ferdinand?