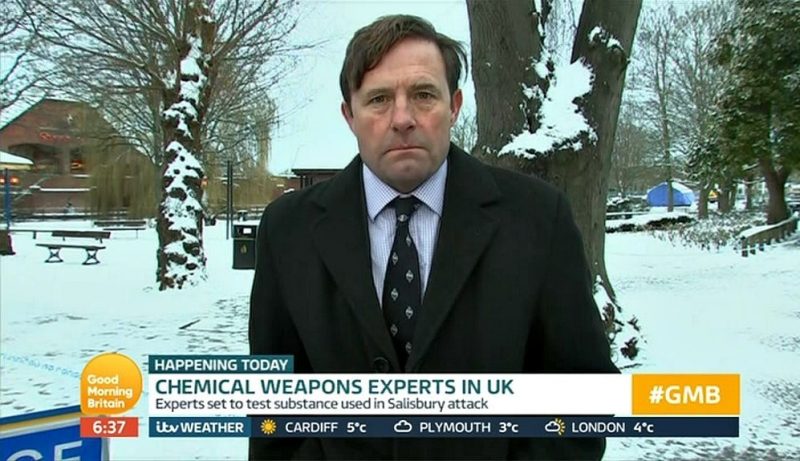 May 10, 2019 3:55 am 0
Assad Yields Deliberately Last Oil Field to IS
About War Crimes and Sectarianism
With ISIS Gone Brutality of Assad Takes Center Stage

In an article published by The Telegraph of London, which highlights the Assad psychotic mind, a smaller section of the article down at the bottom caught our attention. It is rather a proposal by a British chemical weapons expert we believe holds a key to a new form of sanction. One the west could apply in the future to prevent war crimes against humanity. We say consider seriously Hamish de Bretton-Gordon proposal.

The idea is quite novel. Below is the Telegraph section Raf Sanchez and Joseph Haboush wrote:

The UK government has been urged to use British military radar systems in the Mediterranean to identify the aircraft doing the bombing so their pilots can be “named and shamed” and potentially prosecuted by international courts.

Hamish de Bretton-Gordon, an advisor to several medical groups in Idlib, said that RAF and Royal Navy radar systems could easily identify the individual Russian and Syrian jets involved in the bombing.

Using social media and other open source materials it may then be possible to identify the pilots responsible for each bombing run against hospitals or civilian area. That evidence could potentially be used in a future war crimes proceeding.

“If we are not prepared to intervene to help these people, the bare minimum we can do is to name and shame the aircraft attacking these hospitals,” Mr de Bretton-Gordon said.

“Pilots might think twice about dropping bombs on civilians in they think they may one day face their comeuppance in the International Criminal Court.

The Ministry of Defence did not immediately respond to a request for comment on the proposal. Mr de Bretton-Gordon raised the idea in a meeting at the Foreign Office on Thursday and was told the UK would consider raising it at the UN.

Consider the impact this would have on Russian attacks against civilians in Syria, and the Ukraine. Consider pursuing this form of new intelligence to create a dossier war. One that western governments and the media could use in the future to chase war criminals.

Having the information does not mean using it. As we all know, different governments use selective information selectively. Who wants to get the names of pilots pounding ISIS? We don’t give a hoot about that selectivity.

Without a doubt, we must hold accountable pilots working for regimes of terror. Anyone of these pilots may have already dropped sarin gas on the women and children of Syria. That was yesterday. Tomorrow, the same pilots could drop sarin on women and children of other nations. Holding these pilots accountable as they take orders from psychotic men of violence is a functional goal. One day, the world could use to assist humanity.

In the future, pilots might just be less keen on killing civilians if they know what consequences await them. Such as reading about their deeds circulating on social media for their atrocious behavior. Of course, with their names and photos. Optimistically speaking, they might consider missing their targets to save their own skins.