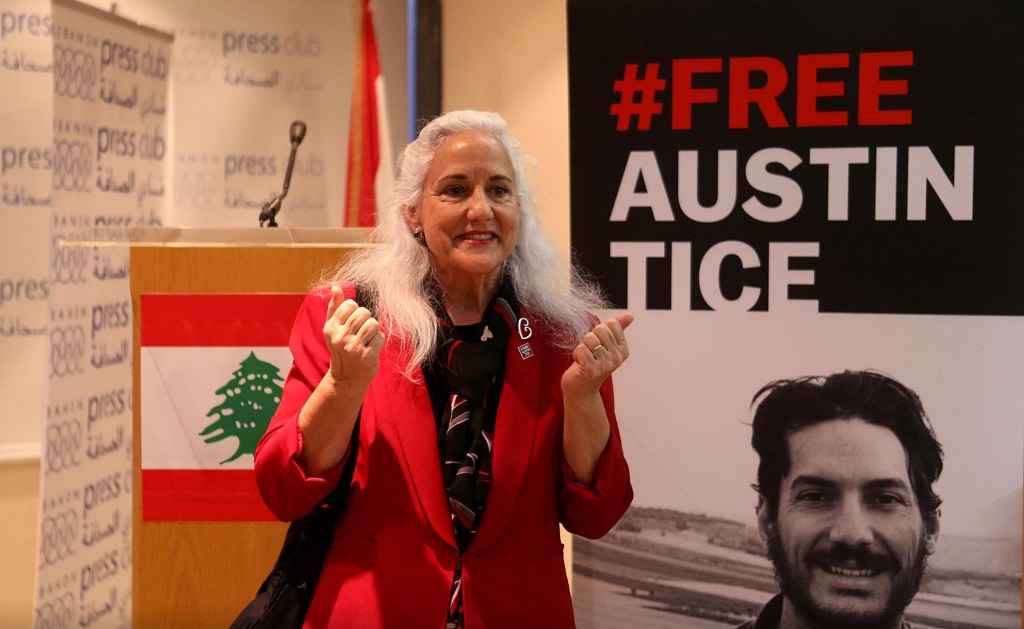 Debra Tice Must Consider the Mothers of Future Victims

October 27, 2020 8:59 am 0
Impeachment Prompts Assad to Threaten US
Erdogan Secured NATO Backing to Attack Assad Air Force
So Obama Can Negotiate With Iran, He Turned Syrians Into Radicals

On Monday, the mother of Austin Tice accused U.S. Secretary of State Mike Pompeo of undermining efforts to free her son. Austin Tice is a freelance journalist and former U.S. Marine officer who was kidnapped by Baschar al-Assad while reporting in Syria in 2012. Debra Tice must consider the mothers of future victims Assad would kidnap for one reason or another to submit the U.S. to his will should the State Department bargain for Austin’s release.

In a statement released ahead of the Nov. 3 U.S. election, Debra Tice appeared to be trying to play Pompeo off against U.S. President Donald Trump, who has stressed his desire to bring home Tice and other U.S. citizens detained abroad.

Unfortunately for Austin, Secretary of State Mike Pompeo is undermining the President’s crucial outreach, refusing any form of direct diplomatic engagement with the Syrian government,” she said. “President Trump is committed to seeing Austin walk free, whereas Secretary Pompeo is willing to accept his continued detention.

A Trump Administration official on Oct. 18 confirmed a newspaper report that a White House official visited Damascus this year for secret meetings with the Syrian government seeking the release of Tice and another U.S. citizen.

Asked on Oct. 21 about the report and whether Washington was ready to withdraw U.S. troops from Syria to secure their release, Pompeo said:

We’ll continue to work for the return not only of Austin, but of every American that’s held. We’re not going to change American policy to do that. As the President said clearly, we don’t pay for the return of hostages.

What would Debra Tice tell their mothers? That she opened the door with Austin’s release for Assad to kidnap their own children?

It’s not easy to understand the pain the Tice family must be going through. Their world is the release of Austin Tice, and nothing else matters. But the world of U.S. policymakers covers the mothers of all the Austin Tice’s of the world, present and future. The moment the United States bargains for Austin’s release by exiting Syria, Assad would kidnap few more Americans to seek a myriad of new demands none of which has anything to do with the United States.

Besides the US exit from Syria, Assad needs hundreds of billions for Syria’s reconstruction. Seeing how Barack Obama was too willing to pay the Iranians the billions they asked for, he would simply kidnap few other “Austin Tice” to seek a similar payout. What would Debra Tice tell their mothers? That she opened the door with Austin’s release for Assad to kidnap their own children?

The problem is not whether the U.S. is willing to bargain or not. The problem is Assad kidnapping Americans in the first place. The world cannot stop this mass murderer by appeasing his barbarism because he will continue kidnapping to blackmail and extort.

Debra Tice Must Consider the Mothers of Future Victims