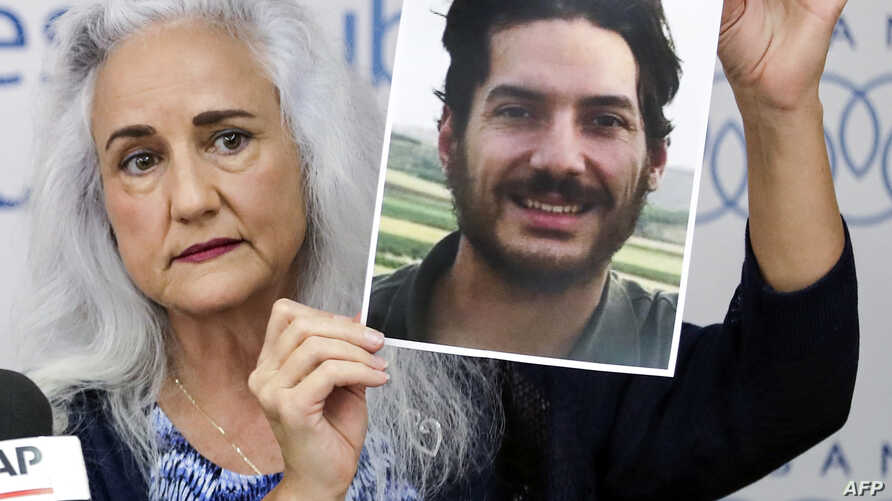 U.S. Secretary of State Mike Pompeo on Wednesday said the United States will not change policy toward Syria to obtain the release of U.S. journalist Austin Tice and other detained Americans. One should add kidnapping Americans to Assad barbaric resume.

Our ask is that the Syrians release Mr. Tice, tell us what they know. They have chosen not to do that. We’ll continue to work for the return not only of Austin, but for every American that’s held. We’re not going to change American policy to do that.

Pompeo did not directly address the Damascus visit when a journalist asked about it and whether the United States would withdraw some 600 U.S. troops from Syria in return for the return of Tice and other Americans.

The president has said clearly we don’t pay for the return of hostages. We work to make the case that they need to get these people returned.

The Pentagon has deployed the U.S. troops in northern Syria as part of an international coalition fighting the remnants of Islamic State. They also are guarding oil fields in the region.

ASSAD MUST LEAVE SYRIA. NOT THE UNITED STATES.

Assad’s election is a sham, and most Syrians consider him an illegal dictator whose family kidnapped the country. Most Syrians and Syrian-Americans would like to see the United States remain in Syria to keep an eye on his use of deadly gas to kill his own people, and the indiscriminate use of violence against Syrian women and children. Many Syrians would issue an invitation for U.S. troops to remain in Syria.

For Assad to kidnap innocent Americans shows the extent of his barbaric behavior. The war he conducted against Syrians, and which resulted in the death of 700,000 people, are proof how important it is for the United States to remain vigilant over his terror. Assad also caused the displacement of some 6 million Syrians and the forced emigration of over 5 millions.

If anyone is to leave Syria, it is Assad and his cursed family, which has caused so much death and destruction since the 1970’s.