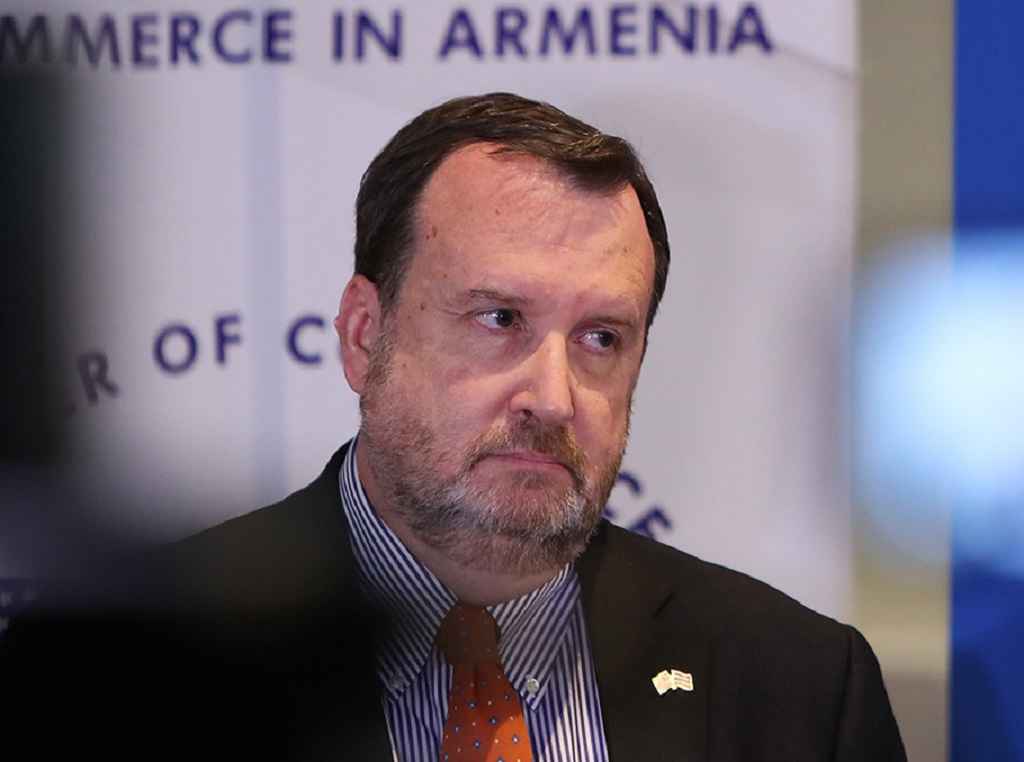 The United States Has No Rights to Complain About Assad

October 28, 2020 6:21 am 0
Why Assad Dictated Only 19 Cases of Coronavirus?
Neither Russia Nor Iran Can Be Part of the Syrian Solution
Assad Declaration of Victory is Obscenely Premature

The United States, in addition to several Western allies, accused the Syrian government of Baschar al-Assad of deliberately delaying the drafting of a new constitution to waste time until presidential elections in 2021, and avoid U.N.-supervised voting as called for by the U.N. Security Council. Honestly, what did the west expect from a barbaric assassin it kept alive? The United States has no rights to complain about Assad or his behavior. When it mattered the most, the U.S. dropped the ball and backed down on the forced removal of Assad from power.

As AP wrote, U.S. deputy ambassador Richard Mills urged the Security Council to “do everything in its power” to prevent Baschar Assad’s regime of terror from blocking agreement on a new constitution in 2020. The Trump administration believes Assad’s hope is to “invalidate the work” of U.N. special envoy Geir Pedersen who has been trying to spearhead action on a constitution, and the council’s call for a political transition.

Yet, the United States policy on Syria remains as illogical as can be.

THE UNITED STATES HAS NO RIGHTS TO COMPLAIN ABOUT ASSAD

For the Syrian opposition, the United States’ refusal to remove Assad is a sign of how twisted a policy can be. Instead of keeping Saddam Hussein in power in Iraq who kept his eye on Iranian terror, the United States eventually killed him and along the way unleashed a worst monster that no country today can control or contain.

In the case of Baschar al-Assad, it would be to the west advantage, as he empowers Iranian terror, to chop his neck off. Yet, we are instead talking to his terrorist regime while he mocks our diplomats and spits on their efforts to bring some modicum of civility to his country. We say it again. The United States has no rights to complain about Assad. It forfeited those rights the moment the U.S. decided to keep Assad alive and kicking its butts.

Had Barack Obama acted — wishful thinking — when he said “Assad must go”, instead of hoping the mass murderer would magically pack his bags and go on his own accord just because Obama said it, the United States, today, might be looking at a different Middle East. A friendlier Middle East to U.S. interests, for sure.

And Trump, whom we believe is a toss-up between him and Obama as to who is the worst U.S. President ever, also refused to act. In fact, he just sent an envoy to Damascus to beg for the release of American hostages that Assad kidnapped. How humiliating is this? The great United States crawling on its knees to beg a two-cents dictator his own people hate with passion.

They [US politicians] unleashed Iranian terror when they killed the wrong dictator. Now they are refusing to kill the right dictator, which unleashes even more terror.

What is happening to this country? Why does the big and powerful United States has to beg a mass murderer? Is it because our politicians are cowards? Or simpletons who don’t know what they are doing? They unleashed Iranian terror when they killed the wrong dictator; and now they are refusing to kill the right dictator, which unleashes even more terror.

From afar, any sound analytical mind would tell you what is the U.S. real goal in the Middle East. They would say, given the indisputable facts, the U.S. aims to empower terror, not curb it.

The United States Has No Rights to Complain About Assad