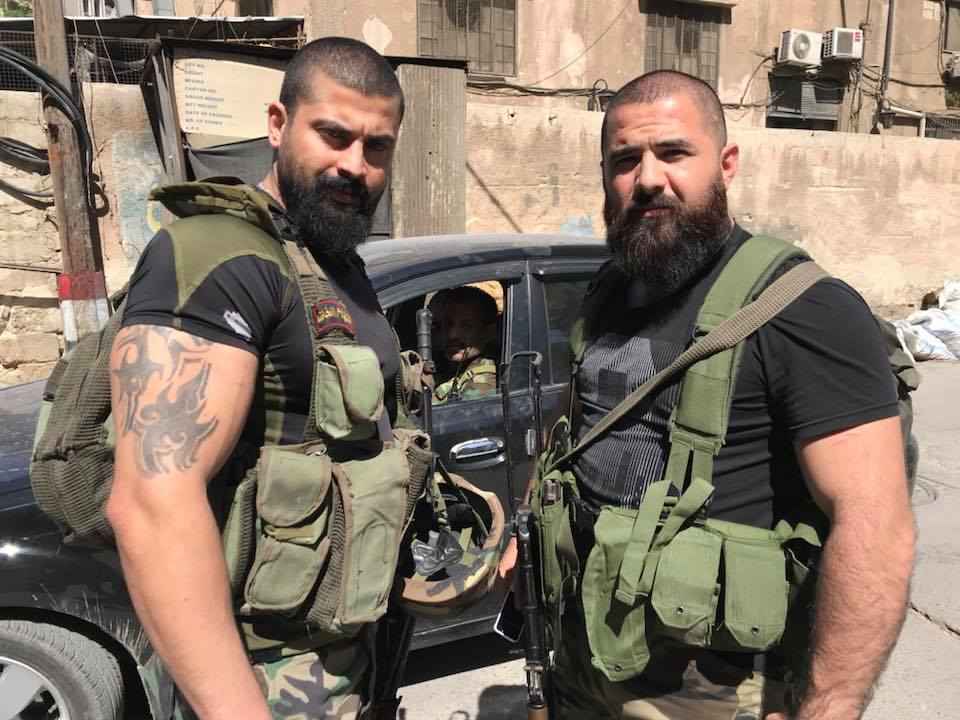 An Internal Alawite Coup in the Making?

September 22, 2012 11:14 am 0
That’s why they kill: Bachir of Sudan is Their Glass Ceiling
How Assad Turned His Barrel Bombs into Acts to Defend Christians
… And There Are Those Who Think Assad Should Rule in Syria

Fighting is raging across all of Syria today. And Assad cannot possibly fight back if his Alawite troops are not always fully deployed across large swaths of land with very little time to rest or recover. So he is resorting to an aging Air Force with badly trained pilots to kill the civilians in any area that has been taken over by the FSA. This means the more the sorties, the bigger his losses on the ground are. This begs the question: Is there an internal Alawite coup in the making?

For the US Treasury to sanction servicing 117 transport Iranian planes is very telling how much materials Assad is receiving.

For the first time in Assad history, he and the Alawite minority are fighting their own battle instead of others fighting on their behalf. There are no Palestinians fighting for him; no Sunnis because of large defections, no Lebanese Christians or Druze, and no extremist elements from North Africa are at his disposal. It’s his Alawite army, with assistance from Iran, directly engaged with fighting the majority Sunnis. Something the Alawites have never experienced before. Considering the casualties they are suffering, we would say Assad is losing this battle on two fronts: By default and because of internal pressure.

Assad announced yesterday to al-Ahram Egyptian newspaper that he will defeat the freedom fighters. In response, the FSA announced it will move its HQ from Turkey to Syria. How is that for a poke in his eye?

Turkey was a bad choice anyway because of Constantinople.

ASSAD IS UNDER IMMENSE PRESSURE

We believe his statement is attributed to intense pressure by the Alawite community to find an alternative solution because the one he and his brother Maher have experimented with over the last 18 months is making matters much worse for the Alawites.

Maybe an internal coup is in the making, which is really the reason why Assad made that statement. He is trying to appease his disgruntled followers. The conduit for this message, al-Ahram, is a decoy for many outside the Arab world not to interpret his message the way it should be.

Consider the mindset and the high morale of the FSA. The pro-Hezbollah Lebanese army has positioned troops on the borders with Syria under the pretext it’s protecting its borders. The reality is they are playing the role of a net capturing anyone of a fighting age escaping the violence and delivering them to the Syrian army. So the FSA attacked that post yesterday. It’s their offensive, not Assad’s; across the board even if Hezbollah and Iran are assisting him.

Attacking any assets assisting Assad is like pushing him over a cliff, ever so slowly. Now, it’s time for the wise Alawites to act.

More than 60% of Syrians are either minorities, liberals or moderates. Assad fools no one by claiming his alternative are Islamist extremists.

An Internal Alawite Coup in the Making?