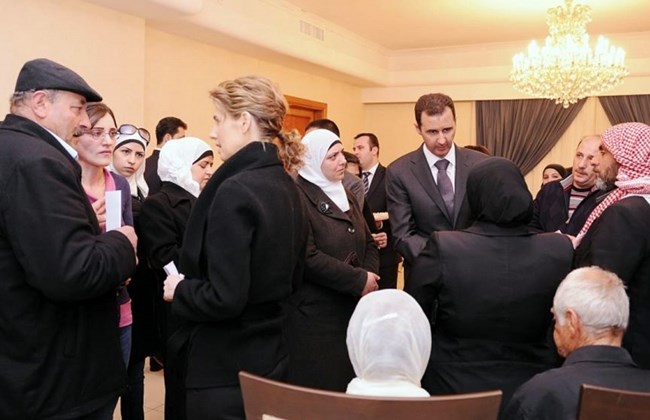 May 3, 2020 7:55 am 0
Falafel Interviews the Syrian Health Minister
Israel Attacks Missile Factory in Hama
Assad Vows to Retaliate for … Everything

Sanctions-hit Syrian tycoon Rami Makhlouf on Sunday said that security forces are arresting employees at his diversified companies. He claimed through “mounting pressures” on him days after Syrian authorities asked him to repay hefty taxes. Assad is turning Syrian civil war into an internal Alawite war against his own cousin.

Makhlouf said in a video:

Today pressures began in an unacceptable ways and the security forces, in an inhumane way, are arresting our employees.

Makhlouf, a maternal cousin of the psycho Bashar al-Assad and widely considered part of the president’s inner circle, has a business empire that ranges from telecoms and real estate to construction and oil trading. He had played a big role in financing Assad’s war effort, Western officials have said.

Recently, Syrian analysts, close to the Assad regime, faulted Asma al-Assad for starting the Makhlouf row. Asma is the shopaholic wife of the butcher of Damascus whose closet is the envy of every woman. Why did she, so cunningly, distanced her husband from his cousin? Because she believed Makhlouf is upstaging her husband. Due mostly to his own standing in the Alawite community because of his charitable work.

Rami Makhlouf’s charities are the result of predatory long-standing business practices. Asma fears they are diminishing her husband’s popularity, one that never really existed after he burned the country to stay in power.

Assad is starting a war against hos maternal cousin, and Makhlouf is certain to respond using his charities and the goodwill he thinks he may have amassed over the years in the Alawite community.

But if you are one to speak Arabic, then there is mounting evidence, as one can witness in the video below, that some in Alawite community are mocking both Assad and Makhlouf. There is an internal war being waged by the Alawite minority to rid itself of the corruption of the Assad family.

In the video, Shazar al-Zoubi, a comic with a heavy Alawite Sahel accent, calls Assad a monkey and Makhlouf a thief.

Al-Zoubi must certainly not be living in Syria. With such vitriol, Assad intelligence security men would have captured him. Faster than you can say his name. Shazar would simply become another statistic in one of Assad’s dungeons of death.

Folks, microwave your popcorn. This is going to be quite a ride as the Assad regime implodes.