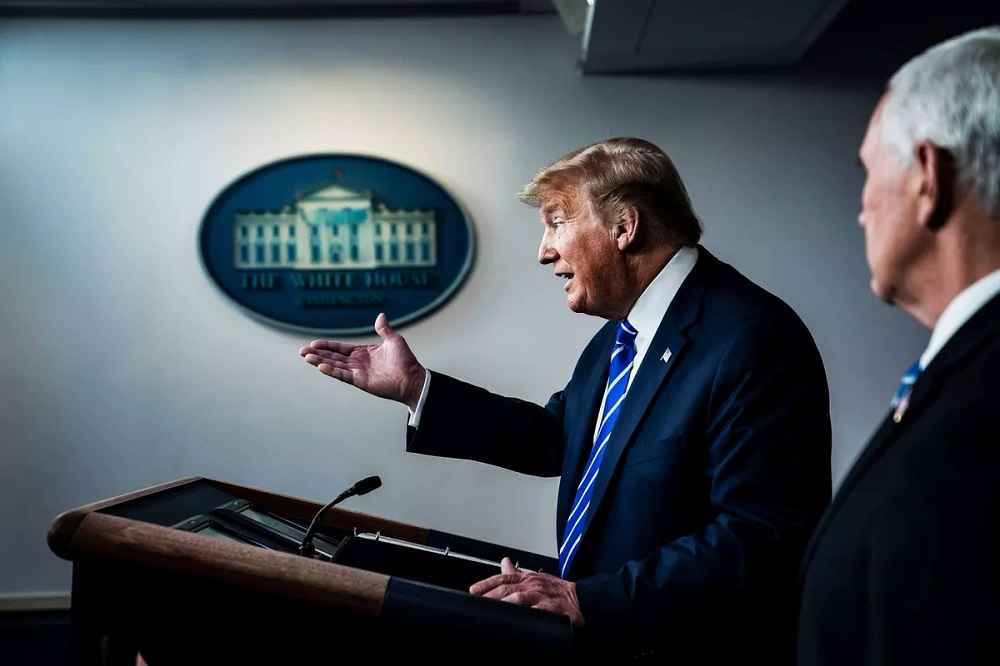 One Cannot Take the High Road with Donald Trump

May 3, 2020 10:35 am 0
America Deserves Better Than an Anarchist President
Israeli Peace with Gulf Arabs Should Come First
Iran Strategy to Defeat Donald Trump in 2020

In one of those virulent moments that no American should forget, President Donald Trump spew his venom of hate at ex-President George W. Bush for his 3-minute video calling for unity in the face of the coronavirus pandemic. Honestly, one cannot take the high road with Donald Trump. He is a street thug in a suit and a tie.

Folks, this is really too much. Trump is the reason why this country was ill-prepared to handle the tragedy of the virus, and yet, instead of concentrating on the American people and their problems, he finds the time to attack President Bush when he calls for unity. Why? Because Bush did not stand by him when Congress impeached Trump.

How sick is this President who thinks everything is about him, and only him? To hell with unity, he tells us with his tweet. It’s only about me, me, me. Truly, we are sick to our stomach.

Did Trump ever attack Vladimir Putin for annexing The Crimea? No. He only attacks patriotic Americans.

President Bush video (See below) is exactly the message Trump should have delivered long ago. But lacking in empathy and intellect, instead, Trump decides being a man-child, schoolyard bully serves him far better. If it was not for the money his father left him, and which he mostly squandered (Show us your financials Mr. President), Donald Trump would have been a mafioso. A roughneck working in some illicit and shadowy business.

The man does not possess one ounce of common sense or sense of duty as the President of the free world. For goodness sake, the difference between Presidents Bush and Trump is like night and day.

A bully responds differently when bullied. And while no politician wants to sink low to Trump’s delinquent level, we are afraid this is the only solution to stop this idiot of a President. Someone should verbally hit him hard. Even at the expense of the interests of the Republican Party, which is suffering in the polls today thanks to Trump and his lack of leadership skills. Especially in key states.

President Bush should go on Twitter and respond by saying that many Americans would have survived had Trump acted quickly BEFORE the virus hit our shores. The United States represents about 4.30% of the world population, yet we contracted over 33% of worldwide infections. Why? Because we have a President who believed it was a hoax.

Let him have it. In Spades, please! Because this is what Donald Trump deserves. A good whacking on his butt cheeks with his pants down. Just like a 10-year old brat. One cannot take the high road with Donald Trump.

We know that responding to Trump might be construed as undignified, but by golly someone needs to show Trump that we can no longer bear to hear him talk about himself and only himself. He needs a good and sustained whacking, and do not let up until the American public grows really angry at his self-importance. We are talking uprising-angry. This is how you trap this President. Keep him talking about himself, and only himself by bullying him incessantly. Let the American people suffering economically and emotionally become sick of him as many have already.

You really cannot take the high road with President Trump because he is truly a thug underneath. A hooligan of the first order.

We understand that these are strong words. But by no means are we belittling The Office of The President for which we have much respect. A true President would have acted with wisdom and compassion towards the people he leads. Just as President Bush is acting today.

If Trump chose to act like a goon, it’s on him; but it’s also on us to call him out for the idiot that he is. The public’s memory span is about 14 days. With President Trump, we need to extend it for the next six months and beyond. We will do so by constantly bullying him,

President Bush, thank you for your leadership and your words of hope and unity we all needed to hear.

One Cannot Take the High Road with Donald Trump