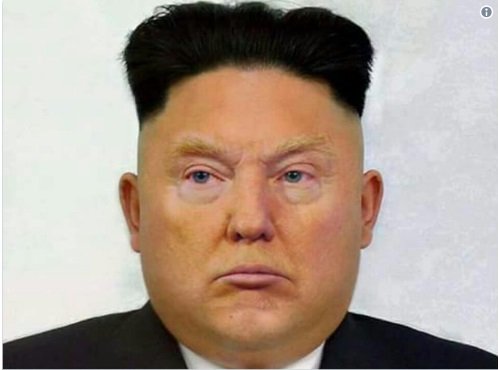 November 24, 2017 8:39 am 0
The Dumber You Are The Less Powerful You Should Be
Falafel Interviewed Mark Esper About Pentagon New Address
Donald Trump Al Capone Connection

The intelligence, shared at a meeting last week with Russian Foreign Minister Sergei Lavrov and Russian Ambassador Sergei Kislyak, was supplied by Israel in the fight against the militant group, both officials with knowledge of the situation said.

The White House declared the allegations, first reported by the Washington Post, incorrect.

“Obviously, they’re in a downward spiral right now and they’ve got to come to grips with all that’s happening,” he said of the White House.

One of the officials said the intelligence discussed by Trump in his meeting with Lavrov was classified “Top Secret” and held in a secure “compartment” to which only a handful of intelligence officials have access.

After Trump’s disclosure of the information, which one of the officials described as spontaneous, officials immediately called the CIA and the National Security Agency, both of which have agreements with a number of allied intelligence services around the world, and informed them what had happened.

While airhead Donald Trump has the authority to disclose even the most highly classified information at will, in this case he did so without consulting Israel, which threatens to jeopardize a long-standing intelligence-sharing agreement, the U.S. officials said.

Since taking office in January, airhead Donald Trump has careened from controversy to controversy.

In his conversations with the Russian officials, our moronic president appeared to be boasting about his knowledge of the looming threats, telling them he was briefed on “great intel every day,” an official with knowledge of the exchange said, according to the Post.