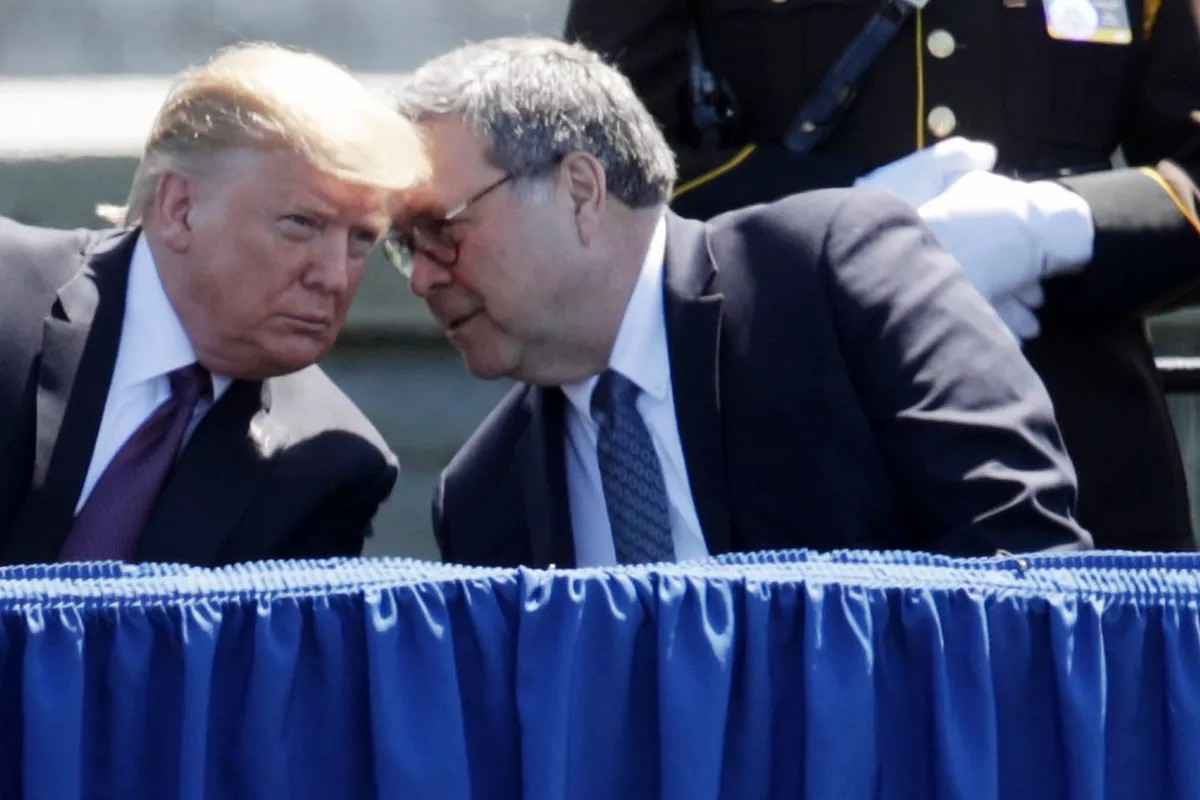 Trump the Godfather and His Consigliere Barr

June 22, 2020 2:28 pm 0
Putin War in Syria Really Targets NATO
Will Joe Biden Hold Syria Iran and Russia Accountable for Their Crimes?
Trump Last and Only Weapon Will be Twitter

On November 15, 2019, in a speech to the Federalist Society, Attorney General William Barr, according to an observer with the Checks and Balances organization, rewrote history by alluding to the authoritarian powers of our Founders that somehow have eluded us because of Congress trespassing in the last decades over Executive privilege and power. Checks and Balances responded to his speech, which it should have titled more accurately as Trump the Godfather and his Consigliere Barr.

TWISTED INTERPRETATION OF HISTORY AND ITS INTENT

The statement, signed by no less than thirteen American patriots, said:

And we are now concerned by Attorney General Barr’s November 15, 2019 address to the Federalist Society at its annual convention, in which he issued a call to reform our government in order to “restore” the autocratic vision of executive power that he previously articulated. In that speech, Barr rewrote history with the unsupported claim that his view of presidential power was shared by the Founders, and has been the dominant one throughout most of our history, only to come under attack during the past several decades. His assertion, enunciated in bold face in the text of his speech, is that “both the Legislative and the Judicial branches have been responsible for encroaching on the Presidency’s constitutional authority.”

Barr’s view of history, including his claim that the Founders shared in any respect his vision of an unchecked president, and his assertion that this view was dominant until it came under attack from courts and congress a few decades ago, has no factual basis. Actually, the Founders deliberately created a government of checks and balances, and the effectiveness of different presidents in exercising power within that framework has varied widely. Indeed, the greatest assertions of presidential power have come in the last half century. That our system has met those assertions with balanced responses of the other two co-equal branches is hardly a reason to abandon now the system that has served us well for so long.

AS UNFIT FOR OFFICE AS THEY COME

But prior to delivering the punch line above, Checks and Balances statement draftees elaborated over AG William Barr’s other trespasses. It included the summary he delivered about the Mueller Report exonerating the President, and his own personal views, he made public, about its impropriety. In brief, some of the most conservative and libertarian attorneys believe Consigliere William Barr is as unfit for office as his boss is. Like Godfather, like Consigliere, we say.

For anyone who doubts the Consigliere’s inadequacy, then consider the Berman forced fiasco. In this instance the Godfather and his Consigliere forced the resignation of U.S. attorney for the Southern District of New York, Geoffrey Berman. For reasons no one yet knows, but we may find soon enough. Law.com titled it as “Something Stinks”. No kidding!

How can one explain, in law schools across the country, what Barr is doing? What this President is doing in weakening our democracy? The ones that safeguard us from a dictatorial end?

Dissidents who have lived under authoritarian rulers have seen this movie before. It always starts with little steps. Once the public has absorbed the first shock, the ruler then moves to more dangerous steps to secure the country. Just the fact Trump wants as much control over our judiciary should be very alarming to us.

Americans elected a Godfather President who needed a Consigliere by his side to justify his crimes. Or to cover them up as he fires federal prosecutors. We are not Syrianized yet, but if we don’t elect another candidate in 2020, Trump is going to destroy our democracy in the next four years. We simply cannot let this happen.

Visit Syria to understand what this country might experience when one man controls all the levers of power. It’s so much easier to go downhill, and Trump is taking us to the abyss. All it takes is the mindset of a gangster.

Trump the Godfather and His Consigliere Barr