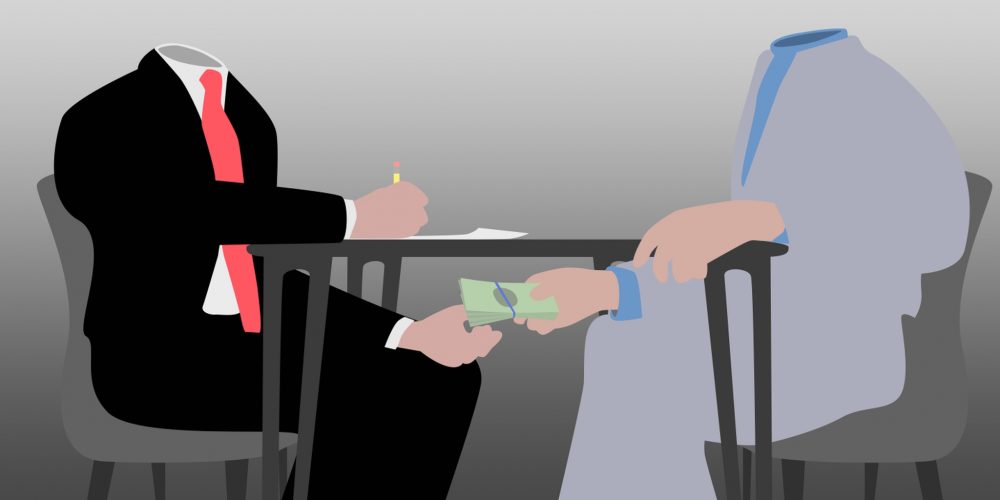 Big Payday for Trump after Presidency

The signs are unmistakable. Every time President Trump heaps praise and accolades unto a dictatorial nation, like a true New Yorker, he accumulates political chips he intends to cash one day. Americans are going to be shocked when they uncover the big payday for Trump after presidency from a host of countries.

The Mueller investigation exposed clearly the President’s desire to build a Moscow Trump Tower. Even though he lied about it to the public, his numero uno, go-to-lawyer, turned turncoat, Michael Cohen testified that Trump’s pursuit was an on-going effort during the 2016 elections cycle.

What we do not know is how tight is the financial relationship between Vladimir Putin and Donald Trump until we are privy to the President’s tax returns. Something whose chance of exposing increased after Deutsche Bank admitted in court it has the copies. The legal battle is on-going to obtain them.

Will there be a payday for Trump in Russia? Not really. His usefulness has expired the moment he stood by Russia publicly against our own institutions. But the President is still trying in the hope he can swing it. There is a good reason why many believe he is dumb.

Although no records exist to point the finger the President benefiting from Saudi Arabia in the past (Except from the purchase of apartments in his Trump Tower New York), circumstantial evidence has surfaced to point to a payday for Trump.

Prior to Mohammad bin Salman (MbS) shakedown of the majority of billionaires in Saudi Arabia, under the guise of an anti-corruption campaign, the prince visited The White House few months earlier. Most likely to brief the President on his next major move against princes and businessmen the U.S. Intelligence communities had close relationships with.

The shakedown netted MbS much more than the $100 Billion the Saudi Government announced. MbS has a history of shaking down people in Saudi Arabia that started at the age of 19.

During the shakedown, the President tweeted his total approval.

I have great confidence in King Salman and the Crown Prince of Saudi Arabia, they know exactly what they are doing….

Ever since, the President has protected MbS from any attempt at disqualifying him. Especially after MbS killed and dismembered the Washington Post writer Jamal Khashoggi.

Will there be a Saudi payday for the President after his presidency? If you think not, you are clueless about how corrupt Donald Trump truly is.

Trump has invested in UAE prior to becoming President. He owns the Trump International Gold Club in Dubai (https://www.trumpgolfdubai.com/) as well as the full intent to invest heavily more as the Hotelier Middle East published after an interview with Ivanka Trump. .

So when UAE ignored the US warnings to trade with Syria, one cannot but wonder why such privilege. Does the government in UAE expect protection similar to the one afforded to MbS? And at what price?

There is something quite sinister about a President who pegs his own personal interests against those of his country.

Although there are good reasons for the U.S. to ally herself with MbS as he liberalizes the rigid Saudi society, there are no good reasons for the President to ignore the threat of Russia just to build a building in Moscow or to hide his financial shenanigans. Neither are there good reasons to allow the UAE to empower Assad at a time when the U.S. is maximizing its pressure on Iran. Those two are connected. The analysts who don’t see how counterproductive it is to help Assad while squeezing Iran can hardly call themselves experts.

One hand chokes you, the other releases the choke. That’s a Donald Trump signature swamp Quid Pro Quo.

Big Payday for Trump after Presidency