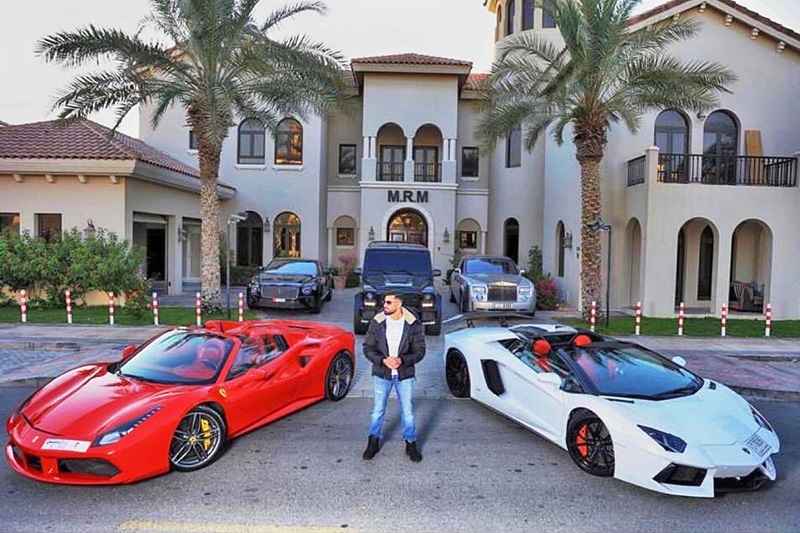 A cousin who has been a bulwark of support for the psycho Assad posted a homemade video on Facebook late Thursday pleading with the Syrian leader to prevent the collapse of his major telecommunication company through what he called excessive and “unjust” taxation. In his appearance, Rami Makhlouf spills an Assad family secret.

The unprecedented video pries open what has been rumored as a major rift in the tight-knit Assad family.

Disputes and intrigue are not new to the family, including feuds and defections within the family’s inner circle, particularly in the course of the country’s nine-year war. But public airing of grievances is extremely rare. Perhaps a reflection of the multitude of players vying for influence in the fractured country.

The cousin, Rami Makhlouf, was once described as central to Syria’s economy and a partner to the president. His video posted on a new Facebook page seems to be a running public diary of the widening rift. His fall from grace as a powerful tycoon reminds us of Rifaat Assad fall from grace. After mounting a coup against his brother Hafez.

Media reports by pro and anti-government sites suggested that Makhlouf is a victim of a campaign. Possibly at the behest of Russia, a powerful patron of Assad that sought to undermine an influential businessman. Russian media reports in recent weeks published criticism of corruption in Syria.

But others view the rift through the lens of the Assad family.

A former Syrian diplomat, Bassam Barabandi, who defected in 2012, said:

The dispute is between Makhlouf and Bashar’s wife, Asma Assad, over who controls the economy.

Barabandi said Makhlouf’s financial holdings and charity organizations have played a central role during the war in financing and ensuring patronage, particularly among Syria’s minority Alawite community. This provided Makhlouf with an envious popularity that Asma saw as undermining her husband’s.

Assad’s wife has her own charity organization and has built herself a major public role. But most people in Syria hate her because of her vanity; also because of her legendary shopping sprees at a time when Syrians were starving.

In March 2011, just as Syrians were rising, Vogue wrote an article describing her as “A Rose in the Desert”. Vogue got lots of flack for their poor timing. Asma is simply a brainless beauty, and as time goes by, brainless is all that will remain.

Makhlouf, who is four years younger than the 54-year-old Assad, had declared that he was stepping aside from business to focus on charity work in 2011, at the start of Syria’s conflict. But he remained associated with the government. For the opposition, he has been the face of government hard-liners and the decision to crack down on dissent.

The European Union and the United States have imposed sanctions on Makhlouf for his role in supporting Assad’s regime.

In his 15-minuted video available at the bottom of this page, Makhlouf denied allegations that he evaded paying taxes for one of his largest business ventures, Syriatel, a telecommunication company with 11 million subscribers and in which the state shares 50% of the revenues.

By God we are not evading tax or cheating the country and the state. How can someone steal from his own family?

Makhlouf complains about a campaign people he doesn’t name are pursuing. He said they always paint him “as the one who has done wrong, who is bad.”

At times he pleads, halts and repeats himself. And in an indication Makhlouf has no access to Assad, he addresses the leader: “Mr. President, I implore you, this is the truth.”

These are remarks that demonstrate Makhlouf’s insensitivity in a country where nearly 80% of the people are poor.

A Western diplomat who follows Syria said the video reflects a deepening family feud in which Makhlouf has been pushed out after “he overplayed his hand.”

The diplomat spoke on conditions of anonymity in line with his nation’s rules,

Reports first surfaced last year of troubled relations as news of a government campaign against Makhlouf and his businesses began to trickle out. First reports said he was under house arrest, and then a series of stories appeared about his holdings being confiscated or fined.

Last month, Egypt confiscated a shipment of dairy products from one of Makhlouf’s businesse. Reportedly with drugs hidden in the cargo. On his Facebook page, Makhlouf called the incident a set-up aimed at “defaming him.”

Then two weeks ago, the regime told Makhlouf to pay the equivalent of $180 million in back taxes. Purportedly owed to the government by his telecom companies. That claim appeared to be the trigger for Thursday’s video.

At the end of the video, Makhlouf says he will pay what he is asked but calls on Assad to oversee how it is spent.

Barabandi, the defector, said Makhlouf appeared to be trying to remind Assad that he still holds some influence.

“In other words, if you lose me you lose the Alawite community,” the former diplomat said.

This is something unheard of before, for someone (from the family) to speak out in this manner publicly.

Makhlouf is an Alawite and Asma al-Assad is a Sunni Muslim.