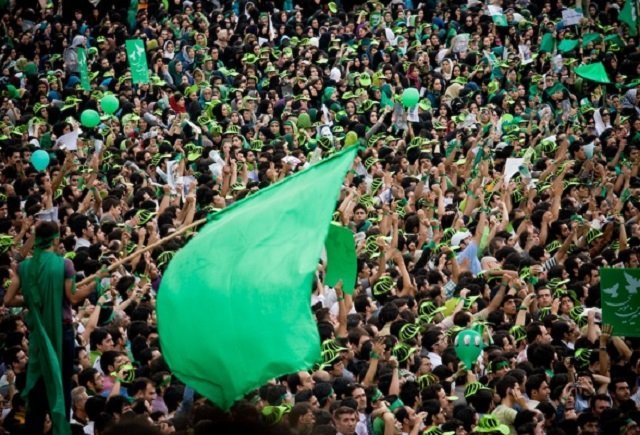 November 8, 2013 7:19 am 0
Obama biggest danger to America and her allies
Assad Barrel Bombs are Spark Plugs to ISIS Engine of Terror
After Releasing the Islamists, Assad Lost Total Control

Two fundamental shifts occurred recently, which have strengthened Iran’s hand in the region at the expense of America and its allies.

One being the refusal of Mr. Obama to dispose of the Assad regime and the second deals with his naïve belief he can strike a deal with Iran that would ultimately serve US interests or those of her allies.

Both demonstrate a frightening misjudgment and lack of understanding on the part of the man who is supposed to protect the free world from terror and tyranny.

Mr. Obama is not the only one to blame for this. The GCC countries share part of the blame. Here is why.

Over the last 35 years, the GCC countries have watched Iran commit absolutely and fully to its agenda by relying on its own capabilities. No matter the odds, Iran has conquered them all. The Iraq-Iran war, the western sanctions, the 2006 war against Hezbollah, etc… No matter what happens Iran seems to come out stronger than before. The only time the regime really faced an existential threat was during the Iranian opposition uprising of 2009 that fizzled quickly thanks to Mr. Obama.

Recently, intercepted intelligence in Syria revealed that Iran has dispatched thousands of militants, many coming from Saudi Arabia, Kuwait, and Bahrain, to assist the Assad regime in defeating his people. When these battle-ready militants return home, Iran has three years, with Mr. Obama in power, to stir trouble in all of the GCC countries. Iran’s goals is to uproot the status quo in favor of a Hezbollah-like standoff or worse a complete take over.

If Obama is unwilling to assist the Syrian people defeat terror, there is no reason to believe Mr. Obama will lift a finger to protect either of the GCC countries.

Meanwhile, one cannot find such a commitment in any of the GCC countries based on a defensive or offensive self-preservation because historically, the GCC have relied upon the United States for their own security and for stability in general. The US military bases across many of the GCC countries speak volumes about this policy of dependency. There are good reasons for such a reliance, but if the GCC do not begin to think independently and relinquish relying on the CIA, the Iranian danger will only multiply.

Lately, the GCC countries have discovered that the US can be an unreliable partner because of its vibrant democracy and the weakness inherent in elected leaders taking polls to set policies instead of explaining set policies to change polls. How Saudi Arabia and the GCC respond to this dual challenge may change their history forever. It cannot be more existential than this.

The natural political reaction is to seek the help of Pakistan to train and arm the Syrian opposition to fight their way against Assad, which has lots of merit considering the barbarism of the Assad regime and the need to remove his cancer. However, we believe, the GCC countries are not doing enough. While they are paying attention to Syria and pouring some serious resources there, their own backyard is left unprotected.

It is time for the GCC to go on the offensive against Iran, inside Iran, by deploying resources to help the Iranian opposition, which is able to depose Khamenei and his terrorist lot. Unless we take the fight against the Mullahs at home, the GCC would be looking down the barrel of a big Iranian gun and America, under this President, will not risk a war no matter the consequences. In fact, it will be an excuse for Mr. Obama to shut those US bases in the Gulf to weaken and transform further America.

Up to now, missing from the big picture to confront Iran has been a potent and well-funded Iranian opposition. If Iran can help Assad with unlimited resources, Saudi Arabia, Egypt, and Pakistan must find the balance by taking the fight to Iran otherwise Saudi Arabia will find herself cede its custodial title to Iran and the smaller GCC countries cede their power to militant terrorists.

The only reason I am discounting Turkey is that its security chief Fidan has been caught delivering intelligence to Iran that harm US interests. Turkey, under Erdogan, would unfortunately assist Iran to defeat the GCC countries.

What has relying on the CIA for advice gotten the GCC over the last 35 years except a more powerful Iran? Time for self-reliance and self-defense in the face of a 3-year window of opportunity the regime in Iran has to stir serious trouble in the GCC during times Iran knows the US President wpuld be unwilling to interfere if Iran demands it. Considering the NSA overreach, I believe the CIA’s leadership is in total lockstep with Mr. Obama whether they agree with him or not. Remember how Gen. Petraeus, who did not see eye-to-eye with Mr. Obama, was forced to resign? Think NSA and private leaked emails the FBI is only happy to publish to weaken its nemesis.

Let the Iranian regime know you are coming for their throats the way they would be coming for yours once those militants from the GCC fighting with Assad return home. The IRGC are pouring too many resources in Syria and now is the time to turn their people on them. It will certainly help the Syrian opposition as well by decentralizing resources.

The GCC countries have a short list of Americans with special talents who have dedicated their lives to deposing the Iranian regime. Their knowhow and ideas are a valuable tool to plan the offensive. Invite all those American advisers to meet with GCC security officials to share their valuable knowledge. It is not as difficult as everyone believes it is. So far, it has been mostly about lack of will, not lack of possibilities.

Let the Iranian regime learn not to spread its wings too far from home base. The Egyptian coup succeeded. Now it is time for a coup d’état in Iran. More difficult, but quite possible.

The only constant the GCC countries can depend upon should they choose to play hardball with Iran is that Mr. Obama will be a non-existent President, always missing in action.

The Palestinian Grievance Industry
To The Minorities of Syria: Meet Your Protector
Assad starving Ghouta, after gassing it in 2013
Iranian Terror 594