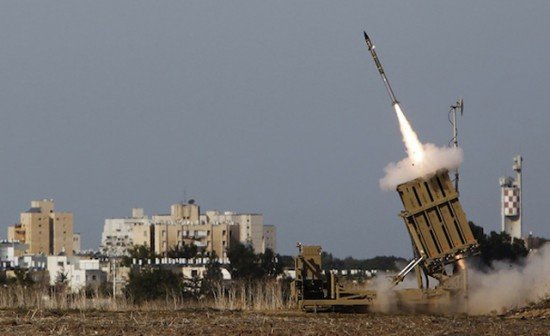 Last Straw to Save Assad is Gaza

November 21, 2012 9:11 am 1
Only Jews Would Understand
The Longer Obama Ignores Assad’s Barrel Bombs, The More Attacks by ISIS
Saudi Arabia strikes back

Hail the stupid men of the Muslim Brotherhood in Gaza. Even though they have not realized they have been duped by Iran to fight their nemesis Israel, they don’t seem to understand they have lost the moment they fired the first Fajr-5 missile. They forgot what happened to Hezbollah in 2006 and how its men of war live in bunkers. The last straw to save Assad is Gaza.

Besides the fact their waged war kills indiscriminately the innocent civilians, the way Assad’s cannons and missiles kill the Syrian innocent civilians, Hamas may not have realized its war was really more to save Assad than to save Palestine. Don’t tell them though they are the very tool used by Iran to save Assad. The sworn enemy of the Muslim Brotherhood in Damascus because we are not sure their brains can compute that complexity.

Damn, said Assad, how can I enlarge the footprint of this war? After so many failures, Iran had no choice but to step-in to save Assad the way its IRGC fighters and snipers saved him in Syria.

The result is this new war between the Muslim Brotherhood in Gaza, whose hate for Israel blinds them, and the State of Israel with a leadership unwilling to let anyone flex their muscles against its own citizens. Let alone fire on them.

LAST STRAW TO SAVE ASSAD IS GAZA

That Hamas will destroy Israel? We doubt Hamas is that stupid. That Hamas will avenge their past dead brothers? We also doubt someone did not utter “But we will bury even more”. That Hamas will win this war? This one makes sense. More likely, the pitch by Iran probably went along these lines “Israel cannot sustain too many civilian casualties and we built our Fajr-5 missiles to exact a heavy toll on the innocent because of its lack of accuracy. You have thousands to fire and Iran promises you Israel will surrender against this rain from hell”.

Hamas bought the pitch. Hook, line, and sinker without asking why now or even what if they fail. Too late for the Islamist Sunnis of Hamas, mere toy soldiers in the hands of the Shia of Iran. Those tunnels and bunkers they built will come handy after Iran departs.

We come to find out today that Iran may have given Hamas too many missiles but Hamas forgot to store enough medical supplies so their hospitals are running short. What does that tell you about Hamas as a fighting machine? Or does it tell us more about what Iran told Hamas to start this war?

Now Erdogan knows his brothers in Hamas have been duped by Iran to try and save Assad. But instead of doing the right thing by condemning Iran, he takes it out on Israel by labeling her a “terrorist state”. It goes to show you the priorities of the extremist Sunni Muslims on their scale of hate. The Jews come first, then the Shia. The other minorities can be handled much easier later. It’s not that Erdogan is stupid, it’s that he cannot help himself.

HAMAS IS AN IRANIAN TOY

Now, maybe someone will understand why standing by Israel really saves Muslims from themselves. That’s why we stand by Israel here at TFS. It’s not for Israel as much as it is for Islam. It’s really about saving our people from self-destruction and from this abysmal passionate hate leading us to annihilation.

Last Straw to Save Assad is Gaza