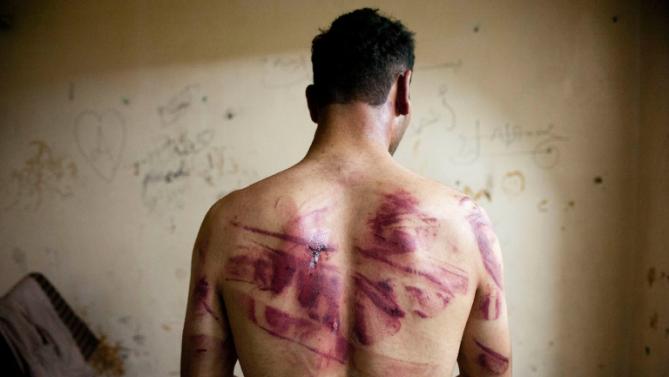 The call came between rockets landing in the not too far distance where Falafel lived in Damascus. Falafel was about to witness the Putin Kerry negotiations over the fate of the psychopath Baschar al-Assad.

Caller: “Mr. Falafel? Secretary Kerry would like you to witness his negotiations skills when he meets with Vladimir Putin on Thursday to discuss how Syria can transition from Assad. Will you be able to make it?”

Since Syrian Air now boasts one operational passenger plane that mostly flies furniture, Asma al-Assad buys online, to her country estate outside London, Falafel had no choice but to take an Aeroflot, a plane which first saw its maiden flight back in 1964.

Besides the chickens roaming the isle and wooden seats with a rope for a seat belt, the flight was uneventful. Mind you, 1964 the Soviet Union was at the height of its power and glory.

The conference room was gilded with gold from ceiling to floor. Everything was made of gold, even the power cables delivering electricity to some sumptuous lamps adorning the large space.

Falafel took a seat on the side with his pen ready to scribble Kerry’s history. Falafel was about to witness history in the making in the Putin Kerry negotiations over the fate of Assad.

Both men entered the room together, sat opposite each other at the conference table, and the negotiations began.

Kerry: “Thank you Mr. President for your hospitality. I have a transition plan here with details of how to ease Syria out of its misery and into the future.”

Putin: “Does it include Assad remaining in power?”

Kerry: “Well, he can remain a bit, but later he has to submit to the will of the Syrian people.”

Kerry: “He does but only for a while”

Kerry: “I am glad we agree on this point. Assad stays.”

Kerry: “We are only talking short-term here. Hafez is only 16 years old. Let us keep this off the table.”

Kerry: “But.. but Mr. President assuming Hafez son of Baschar names his son Baschar, he is not born yet. How could we agree to the rule of someone who is not even born yet?”

Putin: “After Hafez son of Baschar comes Baschar, his son”

Putin (Standing up): “My regards to your President. Tell him, it is truly a pleasure to do business with him.” Putin exists quickly.

As soon as Putin leaves the conference room, reporters rushed in to record what happened. Kerry addresses them.

Kerry: “Ladies and gentleman, today we agreed with our comrades the fate of Baschar al-Assad. We can categorically confirm that the transition is on schedule and that we will see it through with help from Baschar al-Assad himself.”

Reporter: “Has Assad accepted to transition to a new government?”

Kerry: “Yes. Syria will transition to his son Hafez. We agreed.”

Reporter: “You mean Hafez ibn Baschar will inherit Syria as his father did from his grandfather?”

Kerry: “We prefer to call it ‘transition’. Besides as long as Baschar al-Assad is no longer in power, that’s what matters.”

Reporter: “When will the transition take place?”

Reporters look at each other perplexed.

Kerry: “I am also happy to announce that we have made arrangements for another transition just in case Syrians do not appreciate the Hafez tyranny in some 60 or 80 years down the road. We struck a deal for Hafez to yield to his son Baschar, yet to be born of course.”

Everyone was scribbling feverishly except Falafel. He fainted some 20 minutes ago the moment the Putin Kerry negotiations mentioned Hafez.