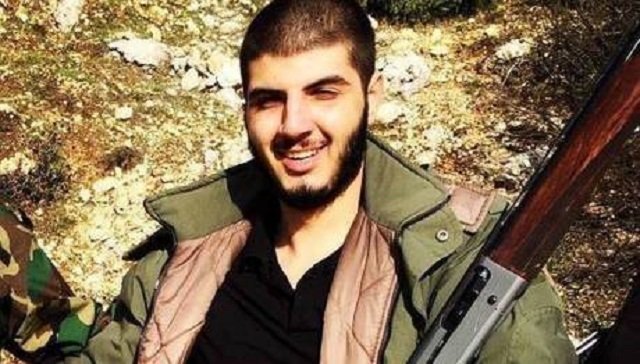 Incognito Suleiman al-Assad at the Four Seasons Hotel in Damascus

August 10, 2015 9:52 pm 0
It is about corruption, fiscal irresponsibility, oppression, and political correctness
Last Straw to Save Assad is Gaza
Asma Honey, Where is The Money?

Syrian authorities have arrested Suleiman al-Assad, a cousin of Baschar al-Assad accused of killing a military officer in a road rage incident, and placed him incognito at the Four Seasons Hotel in Damascus.

“Suleiman Hilal Assad has been arrested and transferred to the appropriate authorities,” SANA reported, without adding details.

Activists on the ground said he was detained on the road between Latakia and Qardaha, Baschar al-Assad’s ancestral village.

However, TFS received information that Suleiman al-Assad is occupying a suite at the Four Seasons Hotel in Damascus under a false name. No Assad will arrest another, especially not the son of the previous head of the National Defense Forces (NDF) or as Syrians call them “The Shabeeha”, lawless Alawites trained to commit atrocities.

Since the hotel has very low occupancy rate, chances of detection are extremely low.

Suleiman al-Assad, a first cousin once removed of the Baschar, is accused of shooting dead air force Colonel Hassan al-Sheikh in an apparent road rage incident on Thursday evening.

The incident took place in the coastal province of Latakia that is a regime stronghold and heartland of the Alawite minority to which Assad belongs.

Both Sheikh and his alleged killer are Alawites, and the incident caused tensions in Latakia’s provincial capital, where more than 1,000 people Saturday protested the murder demanding justice. To relieve the tensions, Assad pretended he arrested Suleiman. In reality, he is at the Four Seasons Hotel in Damascus.

Suleiman Assad killed Sheikh after the colonel reportedly overtook him at a crossroads in Latakia. Sheikh belongs to the Haddadeen Alawite Tribe, which has a history of animosity against the Kalbiyeh Alawite tribe Assad belongs to.

Suleiman al-Assad residing at the Four Seasons Hotel in Damascus is a no-brainer for Baschar al-Assad.

The alleged killer’s father, Hilal Assad, a first cousin of the president, headed the defense forces in the Mediterranean city before his death in March 2014 clashes with rebels in nearby Kasab.

Sheikh’s brother Nasser, who was with the colonel at the time of his death, told al-Watan he witnessed the victim being “killed in cold blood because he did not give way in a traffic jam.”

He hoped “the blood of my brother will save us from these criminal actions that kill people on the streets,” in an apparent reference to the growing pro-regime militias in war-strewn Syria that are heavily-armed and often act with impunity.

Incognito Suleiman al-Assad at the Four Seasons Hotel in Damascus