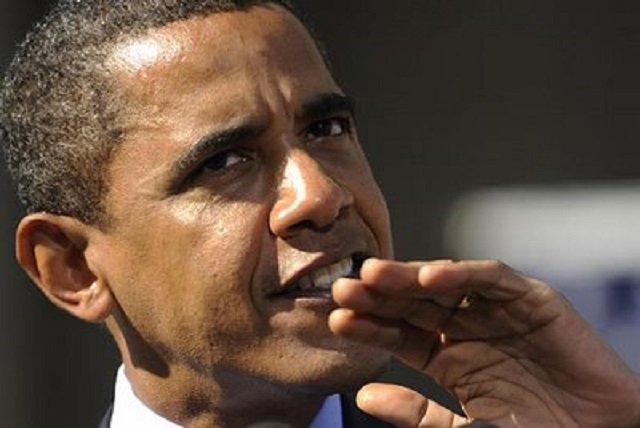 August 10, 2015 7:42 am 0
Obama Yields America to Iran, Khamenei Wields His Sword
When Will America Realize Obama is Unfit to Lead?
America the Vulnerable

America has never had to deal with a U.S. President like Barack Obama before. He is like the Tsunami whose devastation is only felt long after he leaves office. Many Americans are in denial as to who he is and what his goals are.

Under the auspices of peace with our enemies, Barack Obama has unleashed our enemies against us. His Iran deal spells disaster for America. We must ask ourselves a basic question to understand his anti-American motives: Why would Barack Obama grant a country that chants “death to America” before breakfast the right to equip itself openly with ballistic missile technology?

This alone should give every Congressperson and Senator a pause. It is not about Saudi Arabia or Israel. Obama’s Iran deal is about the security of this country. In few years, Iran would have access to ballistic missiles and a nuclear arsenal it could threaten us with. This is the same country that directly was involved in killing thousands of Americans in Iraq.

Do you really think these extremists religious zealots who believe their twelfth Imam would only appear through chaos and destruction would hesitate to kill more Americans if given the chance?

You think Obama does not know this?

Obama’s hidden target is America because Obama does not love this country. His book “Dreams from my father” does not boast one chapter, one page, or one paragraph in which he lauds the country that elevated him to the highest office in the land. Not once.

Obama is unleashing our enemies against us by freeing them, funding them, and giving them the ware to harm us down the road. This is how we should view his Iran deal. It is the culmination of his hate for everything American, for capitalism, and for this nation’s exceptionalism he refuses to admit. Obama’s hidden target is to harm this country.

Our Democratic legislators better wake-up because Obama’s deal will cause harm not only to America but to the same Democratic Party that gave him the opportunity to rise. If it would have been plausible, we suspect Barack Obama would rather run as head of the Communist Party USA.

It cannot get any worse when our own president empowers our enemies against us under the guise he is helping us reach a peaceful settlement and then submit to Vladimir Putin on Syria and Ukraine as icing on his anti-American cake. It cannot get any dirtier than that.

Forget that the Iran deal may harm Israel or Saudi Arabia. This Iran deal would harm America. Obama’s hidden target is our great nation. Period.

Should we not stop Barack Obama’s Iran deal before he gets his wish?