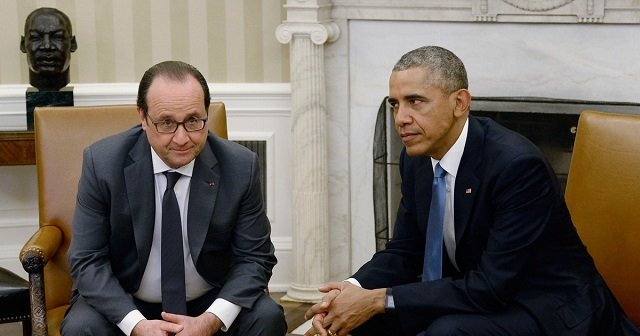 Disillusionment with Barack Obama coupled with concern that his legacy could help put Donald Trump in the White House has now entered respectable European political discourse. The notion reflects profound doubts at Europe’s core about a country with both a president who broke his word and failed to attack Syria for its use of poison gas—damaging American credibility as the West’s ultimate recourse to justice by military intervention—and a leading candidate for the White House whose campaign resounds with brutality, bigotry and ignorance of the world.

“Paradoxically, Trump is completely inward-looking,” Mr. Roettgen told me. “But he touches on a question of American pride. It’s there that many voters, in terms of the U.S. role in the world, feel that the country has lost considerable ground under Obama. What they see is Obama’s weakness. For example, his allowing the Russians to militarily establish the upper hand in Syria.”

Although polls late last year showed strong French support for sending ground troops within an international coalition to fight Islamic State, and Mrs. Merkel has said “military efforts” are needed as the first step in defeating the Islamist terrorists, Mr. Obama hasn’t dealt convincingly and head-on with the challenge.

“The damage is done,” said a senior European security official during an hour’s conversation after the murderous March 22 terrorist attacks in Brussels. Over these past years, he made clear to me, America’s credibility as a reliable guardian against chaos has been broken.

“The United States’ relative power has decreased in relation to Russia and China,” the official said. “You can only play the American [guardian’s] role when you have communality at home. But I’m not sure the United States is ready to restore this or is able to. Vladimir Putin is present at the places where America and Europe are weak.”

These developments have shaken out a new directness of language from members of Europe’s political class who have also read and shuddered at Mr. Obama’s remarks in an Atlantic magazine article by Jeffrey Goldberg titled “The Obama Doctrine.” In it, the president is quoted as saying that “I am very proud of” having discarded America’s Syrian red lines; that falls in bathtubs kill more Americans than terrorism; and that he ranks climate change as a greater priority than anything else.

Referring to the article, Han ten Broeke, the foreign-policy spokesman of the Netherlands’ ruling Liberal party and chairman of the Dutch Parliament’s armed-services commission, told me that Mr. Obama should have listened to “ Joe Biden’s admonition that big nations don’t bluff. His making red lines vanish surely eroded the belief in Western intent to stare down villains and stand up for world order.”

A few weeks from now, the president is scheduled to visit Britain and Germany. He will urge the British to stay in the EU and plug a proposed transatlantic trade pact to the Germans. But in a Europe that faces the real and daily prospect of new terrorist horror from an Islamic State plotting with irradiated contaminants, toxic gas and chemical means—experts refer to the mixture as the Islamists’ militarization of urban warfare—Mr. Obama can’t avoid being asked why he has said that the U.S. faces no existential threat from the jihadists. Or as a CNN reporter formulated it, “Why can’t we take out these bastards?”

Obviously, Mr. Obama can’t repeat his labeling of many of the European allies as “free riders” who show an “unwillingness to put skin in the game” while America withholds its overwhelming forces. And don’t expect presidential admonitions deploying the grandeur of Western courage. Indeed, Mr. Goldberg describes Mr. Obama as someone who doesn’t go much for “Churchillian habits of thought.”

But just in case, recalling Mr. Trump’s line that the president’s America “can’t even beat ISIS,” here’s a phrase Mr. Obama might consider using on his visit to restore a raindrop’s worth of global confidence in the willful omnipotence of the United States:

“Together, leading the world, this country will rid the planet of this barbarous organization.”

Mr. Obama must be sure to credit its author. It’s Sen. Bernie Sanders, talking just after the attacks on Paris in November. We live in miserable times.