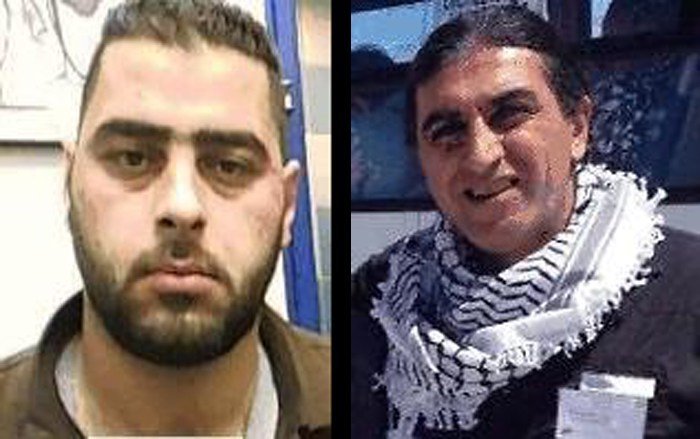 October 16, 2018 2:54 pm 0
Shiite Cleric Executed Would Have Been Another Hassan Nasrallah
Iran is Extorting Lebanon into Submission
IRGC Notion of “Rebuilding Syria” is to Ethnically Cleanse Sunnis and Jews

Two Iranian agents arrested for spying on Israeli and Jewish facilities. The US accused them of conducting covert surveillance in the United States and collecting intelligence on Americans linked to a political organization that wants to see the current Iranian government overthrown.

Earlier this week, Ahmadreza Doostdar, 38, a dual U.S.-Iranian citizen born in Long Beach, California, and Majid Ghorbani, 59, who has lived and worked in Costa Mesa, California, since he arrived in the United States in the mid-1990s, were charged with acting as illegal agents for Tehran. Ghorbani, who denies the charges, became a legal permanent resident of the United States in 2015.

Their arrests come as the Trump administration ratchets up pressure on Iran. The administration recently re-imposed sanctions on Iran to deny Tehran the funds it needs to finance terrorism, its missile program and forces in conflicts in Yemen and Syria.

Is Iran Planning Terror Attacks on US Soil?

According to a criminal complaint filed in U.S. District Court in Washington, Doostdar allegedly conducted surveillance in July 2017 on Rohr Chabad House, a Jewish student center at the University of Chicago in Hyde Park. The surveillance included security features around the center.

Jonathan Greenblatt, national director of the Anti-Defamation League, applauded the arrests and thanked the FBI for “disrupting the alleged intelligence gathering efforts of the Islamic Republic of Iran, a nation with a long record of involvement in, and support for, terror attacks against Jewish and Israeli institutions.”

Most of the spying detailed in the court documents, however, focused on the Mujahedin-e-Khalq, a group that is outlawed in Iran and was listed as a terrorist organization by the State Department until 2012.

Despite deep ideological differences, the MEK were partners with Ayatollah Ruhollah Khomeini in the 1979 revolution that toppled the U.S.-backed Shah Mohammad Reza Pahlavi. Following the revolution, the MEK quickly fell out with Khomeini and launched an armed revolt against Khomeini’s new theocracy. The group advocates for the overthrow of the current Iranian government.

In September 2017, Ghorbani allegedly attended a MEK rally in New York City where he photographed people protesting against the current Iranian government.

In late 2017, Doostdar returned to the United States from Iran and made contact with Ghorbani in the Los Angeles area. Doostdar allegedly paid Ghorbani about $2,000 in cash for 28 photographs taken at the September 2017 rally.

The photographs had hand-written annotations identifying the individuals in them. These photographs, along with a receipt for $2,000, were found concealed in Doostdar’s luggage as he transited a U.S. airport on his return to Iran in December 2017.

Court documents indicate that one of the people targeted was Alireza Jafarzadeh, deputy director of National Council of Resistance of Iran-US in Washington. His revelations about Iran’s nuclear sites in August 2002 triggered the first inspections in Iran by the International Atomic Energy Agency.

Federal agents conducting court-authorized electronic surveillance heard Ghorbani tell Doostdar in December 2017 that he had seen Jafarzadeh at the New York rally. He said he saw the man who “leaked the nuclear program” and went on to say that one of the other attendees deserves “one shot,” an apparent reference to a bullet.

Jafarzadeh said that when he learned about the two Iranian agents arrested, he was pleased, but not surprised.

The Iranian regime has been operating here under different covers, under different ways for the past years — for decades honestly speaking,” Jafarzadeh told The Associated Press in an interview Wednesday. “They got away with pretty much everything.

He said that “emboldened the regime to the point that they felt they can actually do things here on American soil. That’s a very bold move on the part of the Iranian regime.”

Mixing It With Dissidents

In May, Ghorbani attended the MEK-affiliated 2018 Iran Freedom Convention for Human Rights in Washington. During the conference, Ghorbani appeared to photograph certain speakers and attendees, which included delegations from across the United States. On May 14, Doostdar called Ghorbani to discuss the clandestine ways Ghorbani could use to get the information to Iran.

The indictment charged Doostdar and Ghorbani with knowingly acting as agents of the government of Iran without notifying the U.S. attorney general, providing services to Iran in violation of U.S. sanctions and conspiracy. Both defendants were arrested on Aug. 9, pursuant to criminal complaints issued by the U.S. District Court for the District of Columbia.

The FBI’s field offices in Washington and Los Angeles investigated the case, which is being prosecuted by the national security section of the U.S. Attorney’s Office for the District of Columbia and the Counterintelligence and Export Control Section of the National Security Division of the Justice Department.

A court hearing in the case of two Iranian agents arrested for spying is set for Sept. 6.