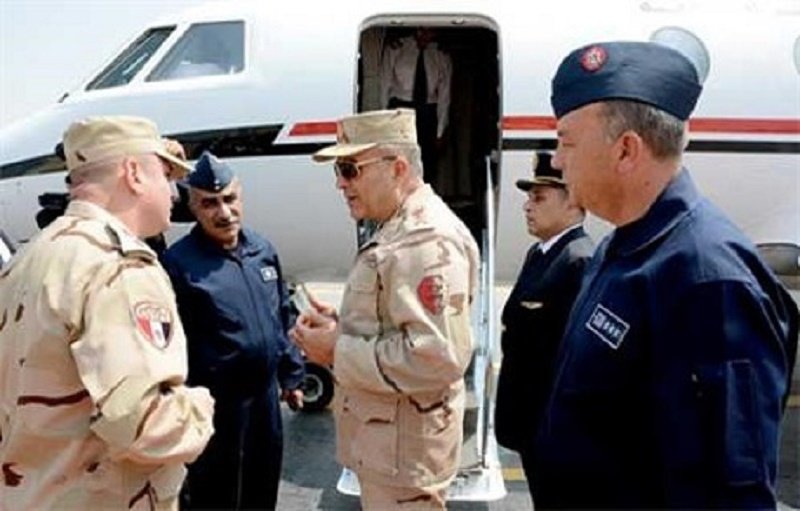 Of the thousands of analysts and pundits who follow the Middle East tear itself apart, many notice a distinguishable pattern. Almost all powerful actors have one or more proxies fighting their battles. Except the Arabs who seem to be relying on the flavor du jour to press for their sovereignty. An Arab League army is long overdue.

MOTHER OF ALL PROXIES

No doubt that Iran is the mother of all proxies. Under its IRGC wings, one can find Hezbollah, Hamas, al-Qaeda, the Houthis in Yemen, and any Palestinian organization willing to bear arms. Thanks to Obama’s Iran Deal, the Mullahs are flush with cash it is using to destabilize the whole region.

Next comes the United States, and indirectly Israel, both relying on the Kurdish Movement to defeat their enemies while the U.S. supports it logistically. Without the Kurds, and a strong international will, ISIS may still be roaming Raqqa and Deir Ezzor.

The Assad regime would have concocted its own proxy to fight its battles had it not been for cash shortages so acute the Syrian economy is imploding slowly. Same goes for Turkey who is relying on the Muslim Brotherhood, and to a certain extent Hamas, to deploy its agenda and protect its interests. Turkey’s beef is the Kurdish Movement. It finds itself torn between remaining loyal to its main patron in the U.S.-Turkish alliance, or fighting the Kurds regardless of the outcome.

THE ARAB LEAGUE REMAINS STUCK IN THE PAST

Although The Arab League voted in 2015 to create the Joint Arab Force, Florence Gaub writes:

…the force has not only suffered from a lack of trust among its the Arab League member states – it is unclear what it seeks to achieve, and furthermore it appears much more ambitious than any previous collective security arrangement.

The small Joint Arab Force is dying slowly. Arab rulers are afraid of their own shadows taking control to turn the JAF against them. Talking about paranoia.

Today, there is very little effort dedicated to developing a serious proxy power representative of all Arab countries. In favor of opposing Iranian hegemony. Arab rulers are like beggars. Whomever comes to their aid, they embrace. They see Iran as an international problem, not just local. So why should they focus on an Arab League army, strong and protective, goes the logic.

All the Arab League members need to do is dangle some carrots in the hope some jackass bites. This old school approach will eventually come back to bite them.

An Arab League army, trained and maintained, to oppose Iran is the only path to protecting Arabs from Iranian terror. Just like NATO opposes Russian expansionism.

In 2007, there was a small effort to form a peacekeeping Arab force. Just like the one the United Nations maintains with their blue berets. But forming a whole Arab army to spoil Iranian plans is not a serious matter even though its necessity is quite clear today.

The anti-war movement in the United States is as strong as ever. After all, only 16 years separate us from the Iraq war many have condemned because it opened the door for Iran to expand. Any country in the region that believes it can rely on the U.S. to fight its battles will be lost to the dustbins of history. Self-reliance, as the Israelis learned the hard way during Obama’s tenure, is the only guarantee for survival.

Even if Iran is weakened economically using American paralyzing sanctions, who is to say U.S. voters will not elect another Obama-like figure who will reverse course just as Trump turned 180 degree on Obama’s policies? The only guarantee for Arabs to protect themselves from Iranian ethnic cleansing policies is to create its own army capable of fighting on several fronts.

Why there is no will for such an effort? We believe there are two reasons:

Why should they squander tens of billions of their own money when the U.S. is squandering theirs to protect them?

Like any other dynastical mindset, Arabs do not realize how important it is to hedge against a worse Barack Obama. One who might grip the U.S. foreign policy on the basis of total non-interventionism. No matter where and for whom.