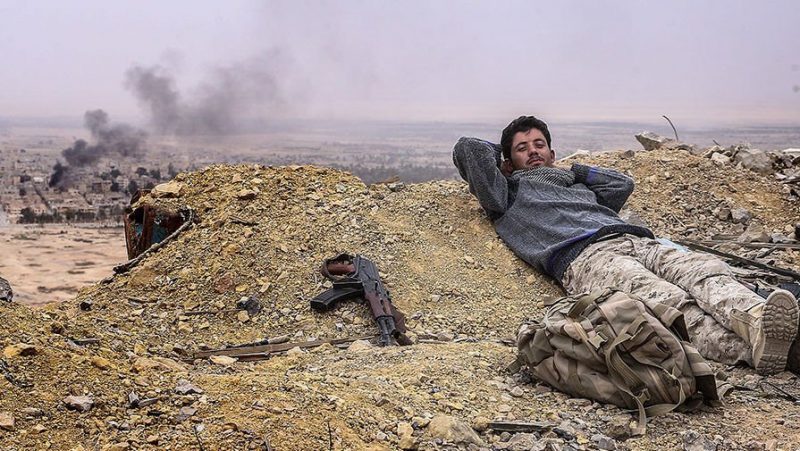 The Assad regime needs an army. Right now, it has some ragtag, squalid fighters, backed by Iran and Hezbollah. To build his forces, Assad is resorting to counter-productive tactics of forcing Syrians to fight for his rule of terror. Call it the Assad army composition of forced conscription.

Of late, the Assad regime has gone bonkers in its attempts at forcing young Syrians  to conscript in his ragtag army. Nightly raids on neighborhoods, impromptu road blockades, and sweeps of government buildings in search for fresh blood to sacrifice have become quite common.

The latest, according to the Syrian Observer citing Zaman al Wasl Arabic opposition website, is a campaign against East Ghouta. If you recall, Assad dropped sarin gas on this suburbs of Damascus killing women and children in their sleep. Some 1,729 people perished in this attack for which Assad remains a free man still killing and torturing people at will.

Wars are won by determined and brave people saving their homeland from an invading evil. But when the evil is embedded internally, revolutions, not wars, stir the determination of a populace.

Assad has some beef with East Ghouta. Not only he attacked the area with sarin, but now he is forcing its young people, who returned to Syria, into forced military conscription. In a ghost army that will amount to becoming another tool of his brutal oppression. The latest news about Israel annexing permanently the Golan Heights with Trump’s backing gave vampire Assad the excuse he needed to raid East Ghouta looking for fresh blood. This is the Assad army composition of forced conscription.

The Atlantic, last year, published an article that highlighted Assad desperation to re-build an army. The byline from that story read “The problem is that few want to fight for him”. Yet, this is the man who rigged the Syrian elections to win by some fantasmagoric percentage. There is no doubt about it that Assad is the most hated man in Syria. Even Assad supporters are quietly turning on him.

If there is unanimity among his regional and international backers, one in particular stands out. How much they dislike the personae of Assad. Not only is he a monster, but Assad is the antipathy of charismatic. The man is as charming as a rattle snake full of hate and driven by consistent psychotic behavior.