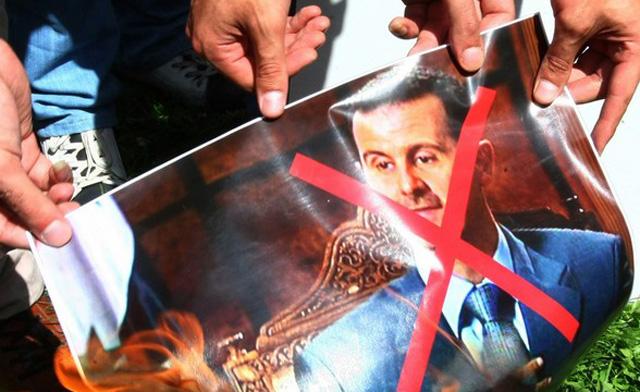 June 7, 2015 2:07 pm 0
The SNC Unpopularity is Growing
Crocodile tears president cries for the Jews
An Egyptian Scenario No One is Contemplating

Saudi Foreign Minister Adel Al-Jubeir has said he and his Egyptian counterpart agree that Syrian Bashar Assad must be “toppled” to reach a political solution, while maintaining military and civil institutions. If Saudi Arabia and Egypt really agree on Assad’s ouster, this is an important development because Cairo has preferred not to talk about regime-change in Syria, implying that it is against the revolution there.

The Syrian conflict had been a matter of calm disagreement between Riyadh and Cairo until Jubeir’s statement. In addition, Egypt and Saudi Arabia agreed on the importance of convincing Russia to change its stance, since it is a key player in the region and a main reason that Assad remains in power.

Three dangerous developments occurred in the past few weeks that pushed everyone to amend their stances. The Islamic State (IS) carried out two terrorist attacks inside Saudi Arabia for the first time, IS took over the oil-rich Libyan city of Sirte and it took over the capital of the Iraqi province of Al-Anbar.

Saudi-Egyptian consultation, along with similar western statements supporting a middle-ground political solution, may mean that everyone has become ready to make concessions and that there might be a reasonable solution that most parties may agree to.

The aim should now be to crystallize a Syrian hybrid regime including opposition and government members but without Assad, while maintaining the state structure. The motivation of different parties is to have an agreement regarding the IS, which governs most of Syria. The IS threat lies in its seized capabilities and expansion toward Iraq.

What will test this choice regarding Syria is the Syrian opposition conference that will be held in Cairo in a few days. Some 200 people will participate, but there are fears that the conference might be another failure. If Cairo succeeds in convincing the opposition to support a middle-ground solution and a hybrid regime without Assad, this will mark a huge success for Egyptian policy.

However, the first lists of invitees comprise opposition figures mandated by the Assad regime, who will work hard to torpedo the conference and are affiliated with the Syrian and Iranian regimes. Despite that Egypt can still organize a conference that harmonizes with the new international orientation, and it might be able to convince Russia to accept a hybrid regime.

It’s War, You Idiots
There is no escaping Israel
Russia May Have Finally Succumbed to Reality
Assad Must Go 101 Opinions 1017 Syrian Revolution 1335