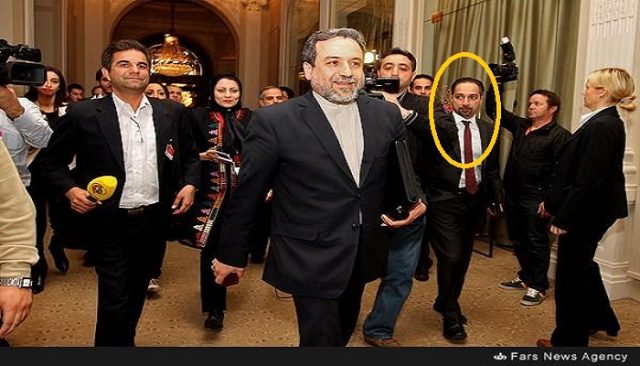 March 30, 2018 4:10 pm 0
How Washington Turned Iran into a Powerhouse
Syria is Down to Four Chefs in its Kitchen
Iran is Behind Killing Shia Arab Protesters in Iraq

Ask any real Iranian dissident who is Trita Parsi and the first words that come out of their mouths: Agent to the regime of Iran parading as a dissident intellectual. In fact, any American think tank in DC following the Iranian line of work will confirm what every Iranian activist already knows. So now Iranian agents write Foreign Policy Magazine Blogs.

Here is a paragraph written by Nick Baumann in support of Parsi’s loyalties:

Law enforcement experts who reviewed some of the documents… say e-mails between Mr. Parsi and Iran’s ambassador to the United Nations at the time, Javad Zarif – and an internal review of the Lobbying Disclosure Act – offer evidence that the group has operated as an undeclared lobby and may be guilty of violating tax laws, the Foreign Agents Registration Act and lobbying disclosure laws…

“Happy to hear that you will meet with [Rep. Wayne] Gilchrest and potentially [Rep. James] Leach. There are many more that are interested in a meeting, including many respectable Democrats,” Mr. Parsi wrote in an Oct. 25, 2006, e-mail.

So, why would Foreign Policy Magazine ask Mr. Parsi to write one of its Blogs attacking President Trump for possibly refusing to honor the JCPOA Barack Obama pursued with such obsession? If there is one thing Trump is doing right, it is his desire to unwind some of the foreign policy missteps his predecessor embraced foolishly. Thanks to Obama, the JCPOA has killed more Syrian women and children than anyone is willing to admit.

There are many more qualified Iranians able to address this issue with more persuasive arguments than someone who parades as a dissident.

Do we have to remind the editors of Foreign Policy Magazine how many Syrian women and children were massacred at the hands of the IRGC? Do we have to remind them how IRGC snipers targeted the uteri of pregnant starving Syrian women foraging for food with one purpose? To kill their unborn babies before they killed them with the next bullet. Why would you want someone who stands for these killers write on your pages?

Here is a video Foreign Policy editors should watch. It portrays what the IRGC has been doing in Syria.

Trita Parsi is but a hack for the Mullahs of Iran.