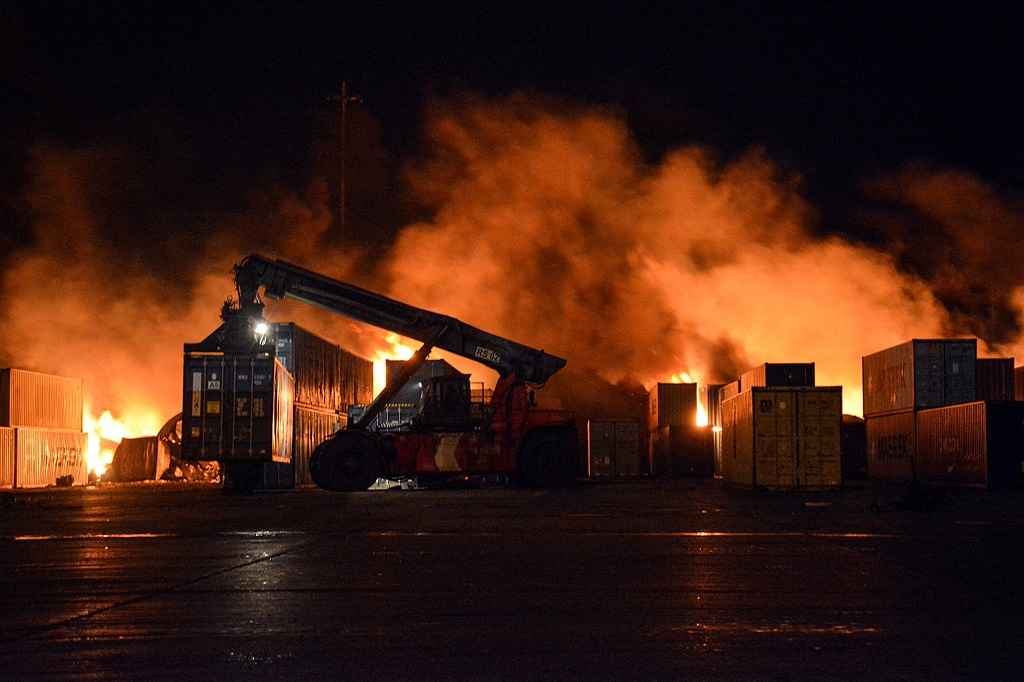 Syria Continues to Burn to the Ground

Thanks to the Assad regime and the Iranian Mullahs, neither will stop their terror until Syria no longer exists. The latest evidence of this reality happened when Israel bombed the Latakiya port on the Mediterranean causing huge explosions of weapons and ammunition the Iranian regime is shipping to Syria. What will these weapons be used for is anyone guess. But the fact remains that Israel would not bomb the port unless it mattered to its security. The likelihood that the Iranian terrorists intended these weapons to threaten Israel with is the likeliest of scenarios given the high risk war Israel is conducting against Syria. So while Iran continues to fight everyone who does not agree with its extreme religious ideology, Syria continues to burn to the ground. Ever so slowly and ever so surely.

A bit of history dating back to March of 2011 is in order. That’s when the Syrian civil war began and when Syrians had two choices. Either support the Assad regime terror, or back a myriad of Syrian opposants almost all of whom offered Syria a better vision.

So, this Christmas coming up on January 7, no one will cry these Syrians a river

WHAT HAPPENED TO THE LIBERAL OPPOSITION

There was a time when the liberal opposition of Assad arose from his ashes of terror to save the country. That opposition visited Israel to persuade its leaders it wants nothing to do with terror. It embarked on convincing Washington to help it achieve its goals of unseating Assad. Do you know who stood against that opposition? The same people abandoning Syria by the tens of thousands today convinced their future lies in another country as miserable refugees. No Syrian should forgive those who stood by Assad through thick and thin. They deserved him then, and they deserve him now as he continues on the path of burning Syria to the ground. All on his own with the help of the Iranian invading armies.

So, this Christmas coming up on January 7, no one will cry these Syrians a river. They truly believed that the ruthlessness of Assad and his violence will spare them the fate of Constantinople. It turned out, however, that they are the ones abandoning Damascus, their new capital. On their own. No one chased them away. No Ottomans, no Mehmet II, and no hunger sieges. They brought their own fate upon themselves the moment they all stood by Assad instead of grabbing the opportunity to help a new Syria rise up and claim its place in the world free from terror and violence.

No, we don’t feel sorry for them leaving Syria in droves looking for a better place to live. They bet on Assad and the Iran invading army, they should pay for the consequences of their actions.

Meanwhile, Assad and his cohorts continue to burn Syria to the ground.

Syria Continues to Burn to the Ground