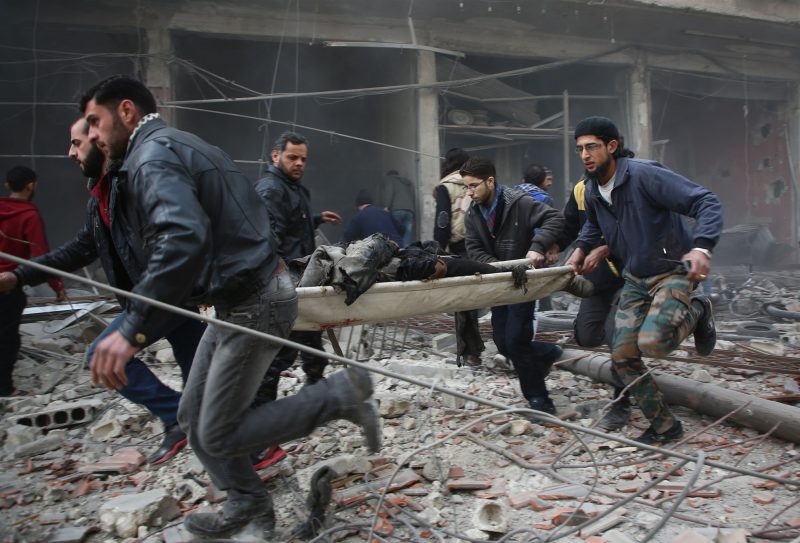 Kurds Are Paying the Price for No-Fly-Zone in Syria

Turkish expected incursion into Syria is the result of a long standing U.S. policy. One that ignored the plight of Syria’s civilian population. Today, the Kurds are paying the price for the no-fly-zone in Syria that neither Barack Obama, nor Donald Trump were ever interested in implementing to protect the Syrian civilians from the terror of the psychotic Assad.

Turkey is experiencing increased discrimination and hate against its Syrian refugee population, which numbers 3.7m. The NATO country is home to the largest concentration of Syrians outside Syria. Just imagine Canada is home to 57m American refugee to grasp the scope of this imbalance.

In order to kill three birds with one stone, Turkey is invading Syria with three distinct goals in mind:

In fact, Erdogan lost the local Ankara elections in April because Turkey has the same problem as the rest of Europe: Too many refugees from Syria. Unlike Europe though, Turkey is acting.

Obama never realized that Donald Trump, indirectly and in a small way, is in power today because he did not implement a no-fly-zone in Syria

COMPLAIN TO YOUR PRESIDENTS

Both Senator Mitch McConnell and Speaker Nancy Pelosi objected to the President abandoning the Kurds of Syria. Both should call their respective party-affiliated Presidents and remind them of the consequences of their own apathy towards the Syrian civilian population left to flap in the winds of massive displacement.

Very people know that the Kurds cleansed Syrian Arabs from the territories Turkey is claiming back for them.

Had Barack Obama acted to protect the Syrian civilian population, the refugee problem experienced by Turkey and Europe would not exist. As a reminder, that Syrian refugee problem helped the far right parties in Europe to rise in popularity aided by an emboldened Vladimir Putin. The same man who helped Trump become a U.S. President.

But who are we ask the Syrian people to be the lamb of every butcher or butchering concept?

Obama never really grasped the detriment to US interests his wimpy inaction might befell the nation. He never realized that Donald Trump, indirectly and in a small way, is in power today because he did not implement a no-fly-zone in Syria. The Syrian refugee hurricane that began in Syria landed at our own doorsteps.

A no-fly-zone to protect Syrians from migrating would have created the conditions today to accept their displacement in the north to accommodate the Kurds.

But who are we ask the Syrian people to be the lamb of every butcher or butchering concept? Turkey is the only country coming to their aid today and all hell is breaking lose in Washington.

Trump, today, is repeating the same mistake; but then Trump is the hurricane that landed. One can excuse him. But one should never excuse or forgive Barack Obama for his lack of foresight. The Kurds need to look for him to thank for his lack of action on Syria.

Not only the Kurds are the latest victims for the no-fly-zone Obama and Trump did not care to realize or enforce, but Europe and the United States have also suffered from the consequences of that policy.

Because Iran made Syria an Iranian province armed with thousands of missiles all aimed at Israel. Had we stopped Assad early-on by assisting the liberal-minded, western-inclined Free Syrian Army, Iran would be back home today weaving threats instead of materializing them.

When we say Obama was the worst U.S. President, we back our labeling with facts.

The Syria no-fly-zone was the cheapest insurance to purchase to mitigate the costs and the risks three continents are experiencing today.

Kurds Are Paying the Price for No-Fly-Zone in Syria