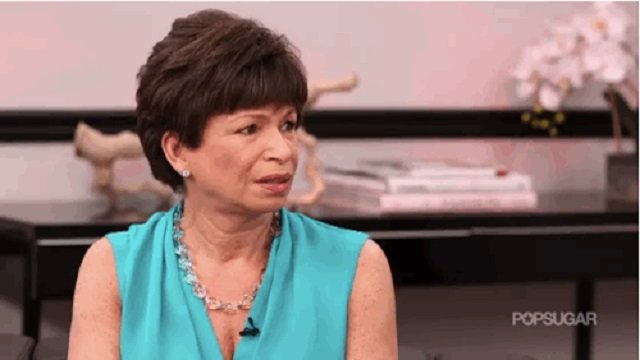 Not the Uterus of Queen Jarrett

Much of the last 2 months, ever since Mr. Kerry was asked this deliberate and possibly pre-ordained question by a reporter about what could stop the US from bombing the Assad regime, coverage of the news on Syria has been about dismantling the CW’s the UN is now pursuing vigorously. It seems apparent that Syria’s problems began because of CW and they will end once the CW are disposed of. In-between, everything else is bizarrely irrelevant.

There is no doubt that the CW’s Assad possessed and used against children and women are a danger to Syrians and others, and many are glad and grateful to see them out of the equation for the time being. However, concentrating on the removal of CW’s while protecting Assad as part of a deal struck with Russia and Iran is like catching a killer and indicting the gun he used. On the witness stand today are the CW’s while judge, prosecutor and jury decide their fate and Assad is seated in front row observing this charade with utter delight.

These are the core principles of appeasement for those pacifists still learning the ropes of life. It keeps mass murderers loose to kill again while, like magic, it wants us to watch the other hand. Look at this cute rabbit! Or, in this case, look at us dismantling the CW’s and forget about what Assad is doing to Syrians starving them to death and unleashing his snipers to use pregnant women as target practice. Not one word from Ambassador Samantha Power or Queen Jarrett on this subject. It is not their uteri, so what do they care.

Then, there is the First Lady who is as silent as a chattered Rodin statue dressed colorfully. Our First lady is more concerned about what to wear tomorrow than the fate of Syrian women and children her husband, the President, is indirectly responsible for their fate the moment he prepared to attack Assad and then backed off. Assad unleashed even more death when he saw Mr. Obama’s feckless personality and weakness. Call it the consequences of intentional appeasement. And for heaven’s sake, do not bother Queen Jarrett and Michelle Obama in Obama’s life with such triviality!

CW’s aside, what are we doing about the biological weapons the Assad regime possesses and whose danger far exceed the CW’s.  Or is that left for another sleight of hand in the future? For someone who finds faults in the US past policies and cannot bring himself to find any faults to spark action against modern day mass murderers and their weapons of mass destruction is a tragedy Shakespeare is willing to rise from his grave to write about. I suggest King Robama III for a title or maybe Ornwall and Megan.

During President Bush times, he saw fit to free the Iraqis from their butcher and had he followed through on Syria as VP Cheney recommended, Iran would have no wings to fly today. Compare the compassionate Bush to President Obama, who even with iron solid intelligence Assad possesses WMD and has used them deliberately is not even willing to punish Assad. Instead, he protects him further by imposing a boycott on arming the Syrian opposition long before the Jihadists began streaming into Syria.

In fact, the Jihadists came to fill the vacuum left by Mr. Obama. The argument the American public does not want to engage in another conflict is weak at best. If the President really wanted to remove Assad from power and bothered to explain it the way he did on Libya, Americans would have welcomed seeing mass murderers like Assad behind bars. Obama wants Assad in power because Assad can do much more damage to Israelis than he could ever.do. Mr. Obama tried during his first term to reign-in Israel and he could not. Assad is his revenge. Study his life to see how fitting this statement is.

While Assad continues killing Syrian women and children, the media, except for sprinkling Assad’s deeds like shavings of Matsutake mushroom over a steak, is mostly quiet. Writing about Syria these days is writing about the CW’s program, not the Assad barbarism.

If we cannot be harsh in our Blogs, we would be serving Assad, Khamenei, Hezbollah, and Putin’s interests. Mr. Obama left us no choice but to fight with our bloody knuckles because everyone seems to think all is well with America and her allies today.

First Lady Michelle Obama and Queen Jarrett should really start thinking about the fate of women left unprotected in Syria and Iran by thinking about what a painful experience being shot in the uterus or getting stoned to death in Iran are. If Mr. Obama can remove Qaddafi without a UN vote, he certainly can remove Assad and help remove Khamenei the same way.

Not the Uterus of Queen Jarrett