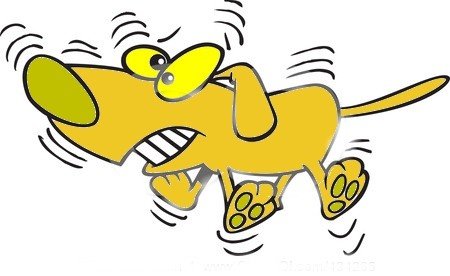 Is Obama wagging the dog?

June 24, 2014 1:35 am 0
A Golden Opportunity for US Intelligence to Squeeze Assad
The Palestinian Grievance Industry
The Russians are Humiliating America Comfortably Because Americans Elected President Bambi

If you want to see how Obama wags the dog, look at this ABC video in which ?sources? in Washington exploit the Jihadists for the purpose of collaborating with Iran.

According to these Washington sources, the Jihadists are working on a ?new? type of bomb that could be smuggled unto airplanes to target westerners.

Nothing like an airplane to scare an average American to death. Watch how the next poll will show Americans back Obama on a new military campaign of his choosing.

In retrospect, no such scare emanated from any US intelligence sources with regard to Assad?s terror even though by gassing innocent women and children, Iran and Assad started the Jihadist avalanche we see before us today. Obama?s ghost Red Line made matters worse.

My question to Ambassador Susan Rice ?What US intelligence has provided that information??. Obama pulled all US assets out of Iraq and none existed in Syria. We all know Obama skips most intelligence briefings, but now it seems he may be getting them via Tehran.

If the intelligence came from the 160 memory sticks Iraq captured from ISIS/ISIL, the US has no choice but to consider the possibility Iran doctored that intelligence. Doing otherwise would be a gross failure of US intelligence.

Whether the story is true or not, its timing must surely raise some eyebrows because it seems Obama is in his final stages of fully bedding with America?s worst enemies by helping them in their fight against the Jihadists. In saving Assad, Obama is submitting the White House fully to the will of the Mullahs.

That said, the US must remain vigilant against all threats. Using them to exploit a mission to help our enemies is not acceptable though. These would be far worse than WMD in Iraq if proven true.

This President has led our nation where it is facing a clear and present danger from our worst enemies; instead of learning from his mistakes, he is collaborating with Iran as if it was Israel, which will surely make matters far worse in the end because the Mullahs, unlike the Israeli people, wish Americans great harm.

How Iran is deceiving Mr. Obama is nothing short of shameful.

If our President bombs those fighting Assad, and who have yet to attack any US targets, when he ignored Assad who gassed innocent women and children, he will embolden every Sunni in the Arab world, and far beyond, to become an avid anti-American Jihadist. Mr. Obama?s shortsightedness pushing for this collaboration will make matters much worse for the US.

Any attacks on the side of Assad in Syria is a call-to-arms against the US by the 350m Sunnis. You will see fathers pushing their sons and mothers praying for their martyrdom. Have we not learned anything from the Palestinians the last 65 years?

I highly recommend the US dispatch tens of thousands of US marines to protect all the US Embassies in the Near East region before any bombing campaign. You cannot say I did not warn you.

America is in imminent danger, and nothing would please the Mullahs more than to see the US suffer from the consequences of their trickery.

DO NOT INTERFERE IN IRAQ OR SYRIA