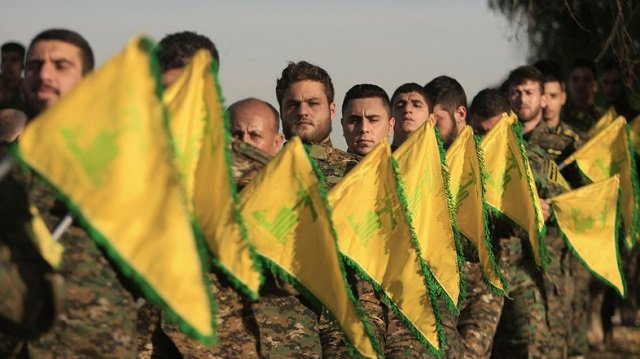 Is Hezbollah Planning to Kidnap Gulf Citizens in Lebanon?

Kuwait and Qatar on Wednesday followed the example of Saudi Arabia, the United Arab Emirates and Bahrain in urging their citizens to avoid travel to Lebanon for safety reasons, their state news agencies reported. Is Hezbollah planning to kidnap Gulf citizens in Lebanon to avenge the Saudi cancellation of a $3 bln military aid to Lebanon? The terrorist organization is known to kidnap innocent civilians when it suits its terrorist goals.

Riyadh, Abu Dhabi and Manama issued statements on Tuesday calling on their citizens not to travel to Lebanon, long a favourite holiday destination for Gulf Arabs.

The moves by the Gulf Arab allies came after Saudi Arabia last week suspended aid worth $3 billion to the Lebanese army over the Beirut government’s failure to sign up to statements condemning attacks on Saudi diplomatic missions in Iran.

In Lebanon’s tangled political scene, Saudi Arabia and its Gulf allies are staunchly opposed to Hezbollah, a political party in the governing coalition that also has a powerful militia backed by Iran, Riyadh’s arch regional rival.

Hezbollah fighters are playing a crucial role fighting alongside the psychopath Baschar al-Assad’s forces in the Syrian civil war. Saudi Arabia and the other Sunni Gulf Arab states are opposed to Assad.

All five of those countries advising against Lebanon travel are members of the Gulf Cooperation Council (GCC) and usually back Riyadh’s diplomatic stance. The sixth GCC member, Oman, has a policy of balancing good relations with its Gulf neighbors and Iran.

Hezbollah has been instrumental in causing the death of 470,000 according to the latest and most accurate figures published by the New York Times.  Syrians will never forget the role they played in terrorizing innocent Syrian civilians, nor should any Sunni Arab country battling Iranian terror..

Is Hezbollah Planning to Kidnap Gulf Citizens in Lebanon?