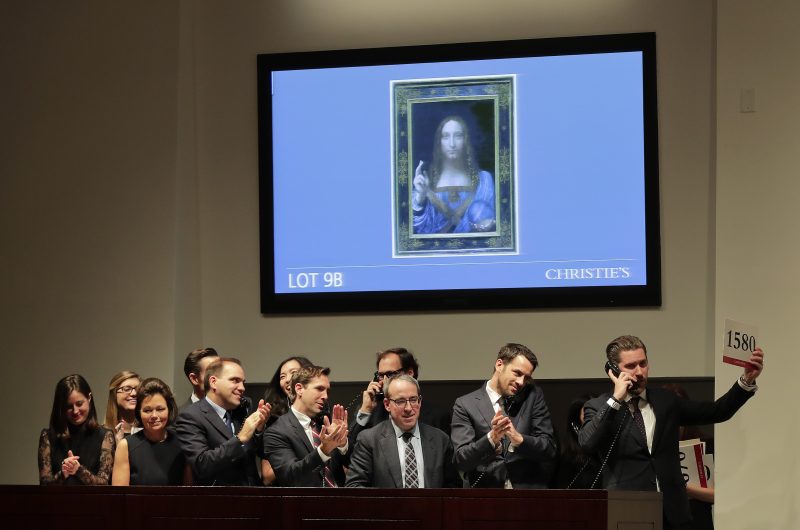 December 10, 2017 8:45 pm 0
OFAC Sanctions a Vast Iranian Shipping Network
The Mother of All Political Stalemates
Look Who Is Complaining About Saudi Executions

Why Mohammed bin Salman (MbS), the crown prince consolidating his powers in Saudi Arabia, would purchase a western treasure for an absurd sum of money? He is not even an art collector, let alone an appreciator of any form of art at the tender age of 31. No, Salvator Mundi was purchased as a Saudi insurance policy.

However, many would look at this purchase as an investment. Many would even consider the prince may have been duped by some art dealer looking for a sweet deal to line their pocket.

But here, at Terror-Free Syria, we understand how the Arab mind works. We understand that al-Saud, a family that has ruled Saudi Arabia for close to a century, does not act haphazardly, nor does it spend this huge sum of money because Salvator Mundi would go well with their interior palace decoration.

Salvator Mundi, a western treasure of immense value, may have been purchased as a Saudi insurance policy against Iranian terror.

Iran begins trouble in Saudi Arabia’s capital. Its planted agents and provocateurs begin bombing high visibility targets. Suddenly, Saudi Arabia is facing an internal war it will rock it to its core.

With Salvator Mundi hanging in Mohammad bin Salman’s palace, one can be assured that all efforts would be initiated by the U.S. and Europe to attempt to fly the painting secretly out of Saudi Arabia. Al-Saud would refuse, which most likely may force the west to come to the rescue of Saudi Arabia by any means possible in order to preserve the precious painting.

To Mohammad bin Salman, Salvator Mundi is just a Saudi insurance policy to save Saudi Arabia in order to save Salvator.

Some may consider this theory as a stretch of the imagination. And they may be right because we are only theorizing here.

But then ask yourself:

And the Iranians have already started terrorizing the Gulf countries directly when the Houthis in Yemen fired a missile, early November 2017, aimed at the nuclear reactor in UAE.

We believe the highly publicized purchase of Leonardo Da Vinci’s masterpiece is a Saudi insurance policy to reel the west to protect Salvator in case Iran strikes Riyadh.