Assad is the President of This Syria

Baschar al-Assad calls himself President of Syria. But which Syria is he really president of? All one needs to do is to scan the images below to fully grasp that Assad is the president of this Syria, all lying in ruins and total destruction. Crushed one stone at a time by his terror and immorality.

Assad is the president of a country that no longer exists. Between the social and material carnage, the brain drain caused by nine years of war, and a collapsing economy that survives on hands down, Syria today is a small fragment of its weak past.

But do rejoice, O Syrians because Assad stands tall as its president. Those ruling Syria and their supporters are dumb and crazy enough to burn the country they live in.

Let us chant all together “Assad, or we burn the country”. Again and again because his supporters deserve him.

For the brave liberal Syrians who fought against the Assad terror while the world stood mostly against you, we salute you.

For those who stood by Assad through his war on his people and their lands, we think you deserve to live in the Syria you asked him to burn. Give us an encore, “Assad, or we burn the country”.

Such a lovely tune!

Next time you hear or speak of Syria, remember Assad. He is the proud President who destroyed his own country to remain in power. In his sick and psychotic mind, he thinks he won.

You be the judge whether Assad won or not. After seeing the Assad carnage of Syria in the few images below.

Assad is the President of This Syria 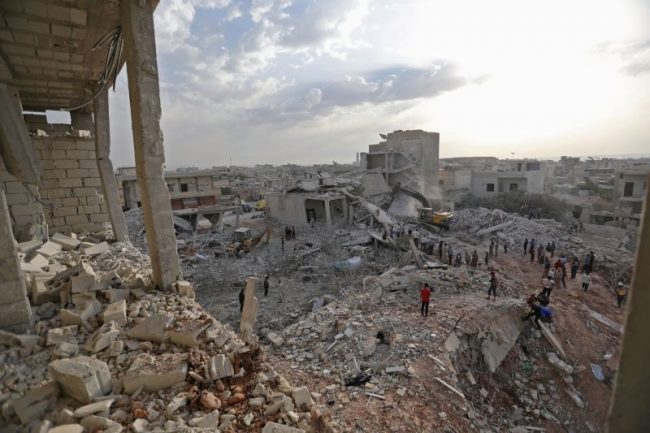 TOPSHOT – Syrians gather amidst destruction in Zardana, in the mostly rebel-held northern Syrian Idlib province, in the aftermath of air strikes in the area late on June 8, 2018. – Air strikes in northwestern Syria, thought to have been carried out by regime ally Russia, killed 38 civilians including four children, a Britain-based monitor said. The raids, which hit a residential zone in the area of Zardana in the northwestern province of Idlib, also wounded 50 people, the Syrian Observatory for Human Rights monitoring group said. (Photo by OMAR HAJ KADOUR / AFP) (Photo credit should read OMAR HAJ KADOUR/AFP/Getty Images) 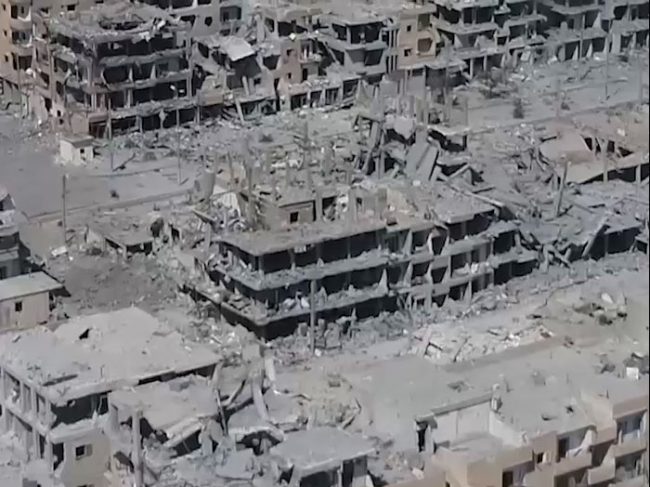 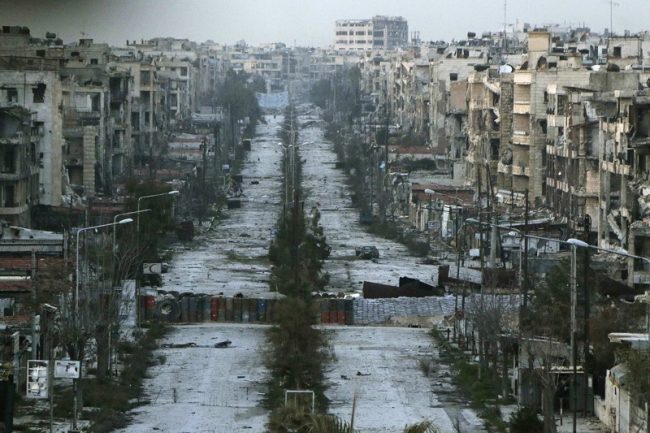 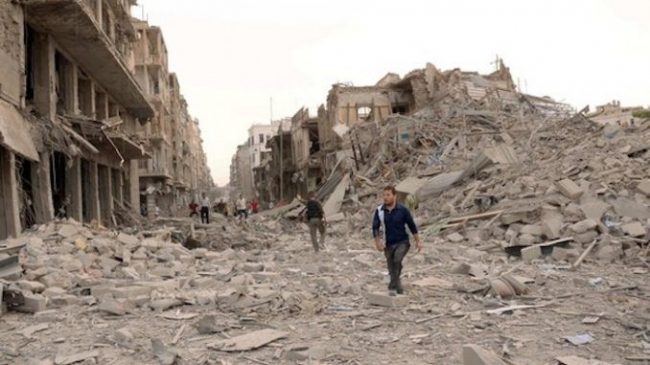 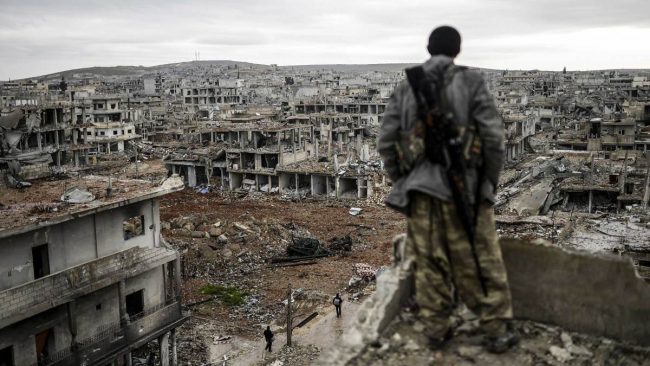 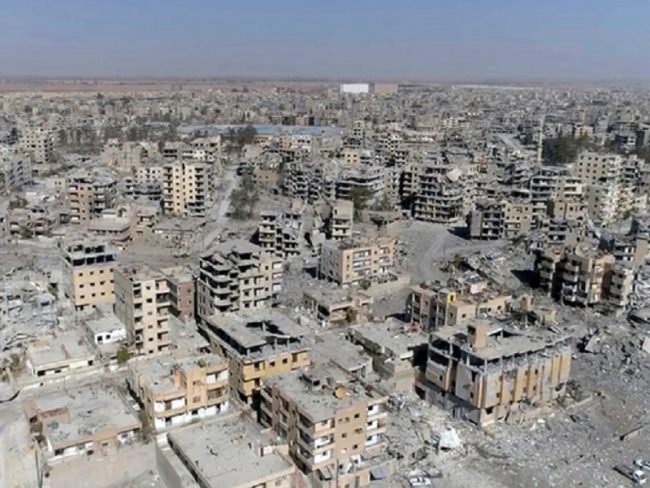