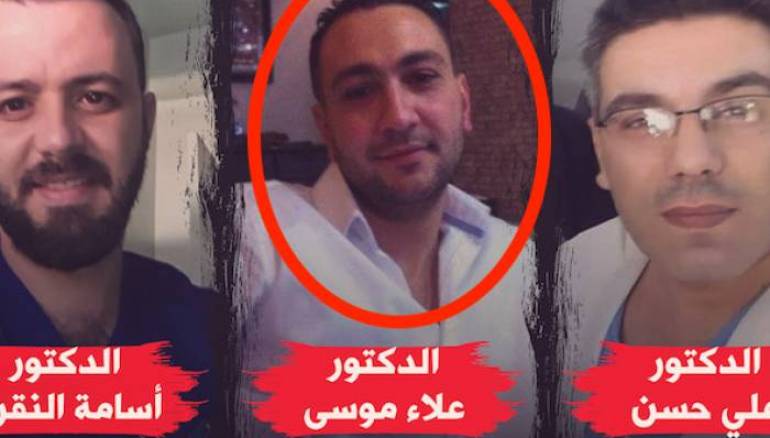 Germany has arrested Alaa Moussa accused of torturing an inmate while working as a doctor at a prison run by the Syrian military intelligence. It happened in Homs, the doctor’s homeland city.

German federal prosecutors said they arrested Dr. Alaa Moussa in the central state of Hesse on Friday. Moussa has inflicted bodily harm and committed a crime against humanity.

The case relates to Moussa’s alleged actions at a prison in the Syrian city of Homs in late 2011. At the time, a doctor was called as a man arrested for taking part in a demonstration suffered an epileptic fit after being tortured, according to a statement from prosecutors.

The suspect beat the man with a plastic pipe. Then kicked him after he fell to the ground, they said. After the victim’s condition worsened the following day, the suspect allegedly joined another prison doctor in beating the man again until he lost consciousness.

Both doctors put the victim in a blanket and asked the prison guards to take him away. He later died, although the cause is unclear, prosecutors said.

The suspect left Syria in 2015 and came to Germany, where he has practiced as a doctor.

TWO OTHER TORTURERS ARE ON TRIAL

Alaa Moussa’s arrest comes as Germany is holding a trial for two former members of Syria’s secret police. The trial is taking place today at a court in Koblenz. Many Syrians, now living in Germany, have accused both of committing crimes against humanity in a government-run detention center.  One that is infamous for torturing thousands of opposition peaceful protesters.

Many experts have described those proceedings, the first war crimes trial outside Syria, as a pivotal moment in the effort to bring Syrian officials accused of crimes to justice.

Germany, so far, has been the only country to use its laws to hold accountable the Assad regime.