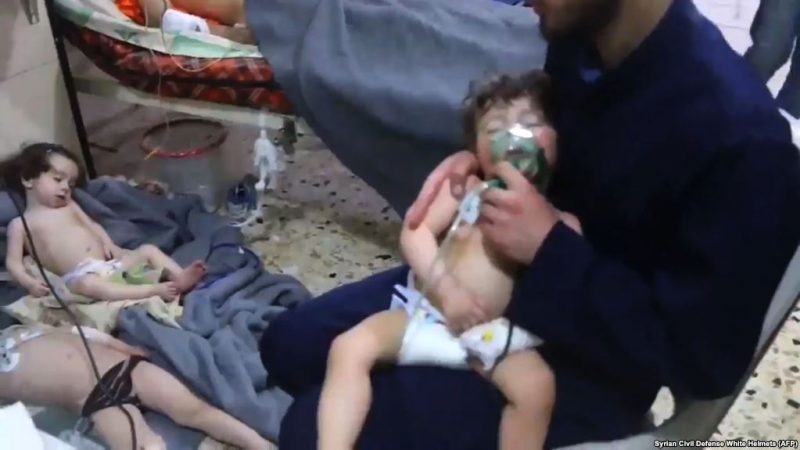 Falafel interviews Tulsi Gabbard, a Congresswoman from Hawaii, who has turned many heads when she stood by Chemical Assad in Syria in spite of overwhelming evidence for his use of biological weapons to kill innocent women and children. Assad used chemical weapons some 200 times during the last seven years.

What brings Gabbard, born some 8,500 miles away, to Syria? Falafel thought. What is the link between two different people as if living on two different planets. So, armed with his sharp pen, Falafel decided to interview the Tulsi Gabbard Assad connection, which led to her becoming an American Assad Agent lauding Assad for no reason.

Nothing connects the dots between Gabbard and Assad. No family ties and no political ties. Except that Congresswoman Gabbard was led, like Dennis Kucinich, by the Khawam brothers. They are two Lebanese-American Assad agents operating in the United States to promote Assad and his policies in Washington.

So, Falafel called Tulsi on her cell phone directly. He asked for an interview, which she gracefully granted. The interview took place at the Longworth House Office Building in her main office.

Falafel: Thank you for the interview Congresswoman Gabbard.

TG: Please call me Tulsi. No need for formalities.

Falafel: Explain to our readers what fascinated you about Chemical Assad of Syria? Why not Maduro of Venezuela or Putin of Russia?

Tulsi: Well, this is a good question. In fact, it is one I expected because most people do not know what living in Hawaii means. I know we have beautiful beaches and paradise-like conditions. But did you know we also have impoverished Samoans hardly able to survive. What good is our weather if the people are suffocating from Capitalism?

Falafel: You did not answer my question.

Tulsi: Getting there Falafel. Be patient. When I first ran for Congress, I remember standing outside a big resort addressing cheering crowds. The breeze was superb. Everyone admired me for my service to the country and my youth. As I was speaking, something struck me. Most of the people were dressed casually. You know, Hawaii colorful shirts, sandals, etc… What struck me was how Hawaii fashion has never really made the big international stage. No big designer has flaunted our traditional garb.

Falafel: Tulsi, please I have a limited amount of time. My question has not been answ…

Tulsi (Interrupting): So, there and then I decided I wanted to expose our colorful ware to the world. Who better to help me than Asma al-Assad in Syria? I mean, did you see how she gets dressed? By golly, she is so elegant. I am told she spends like $10m a year on her wardrobe. That kind of money buys influence. So, I set out to meet her to convey my big vision.

Falafel: But you did not meet her. You met her husband Chemical Assad who gassed his own people.

Tulsi: Don’t be silly Falafel. Why would I meet with a man when I am married?

Falafel: You admitted to meeting him.

Tulsi: Well… now that I think about it, it was an oversight on my part. I think I bumped into him as I walked into Asma’s palace reserved just for her clothes. So, I decided to say hello.

Falafel: You exculpated his use of chemical weapons against women and children.

Tulsi: Oh that! Well, he told me, as I passed him, that he did not gas anyone. So, I repeated it because that’s all I remember of our passing-by very, very brief encounter. I was really there to visit Asma’s wardrobe.

Falafel: The FBI leaked, as a warning to you and the Khawam brothers, your secret meeting with Chemical Assad.

Tulsi: So this is where the story came from?

Falafel: The FBI would never admit it, but it is their MO to warn U.S. citizens and politicians. Next, they might investigate every Assad agent in the United States to include you.

Tulsi (Ignoring Falafel): F*** the FBI. They supported Hillary instead of Bernie. I will never forgive those bastards. Viva Baschar. Assad forever.

Was it Socialism that connected Tulsi to Assad? It still remains a mystery. Unless one visits her secret bank account in Puerto Rico under the name Tulsi Fool Me funded by Assad directly.