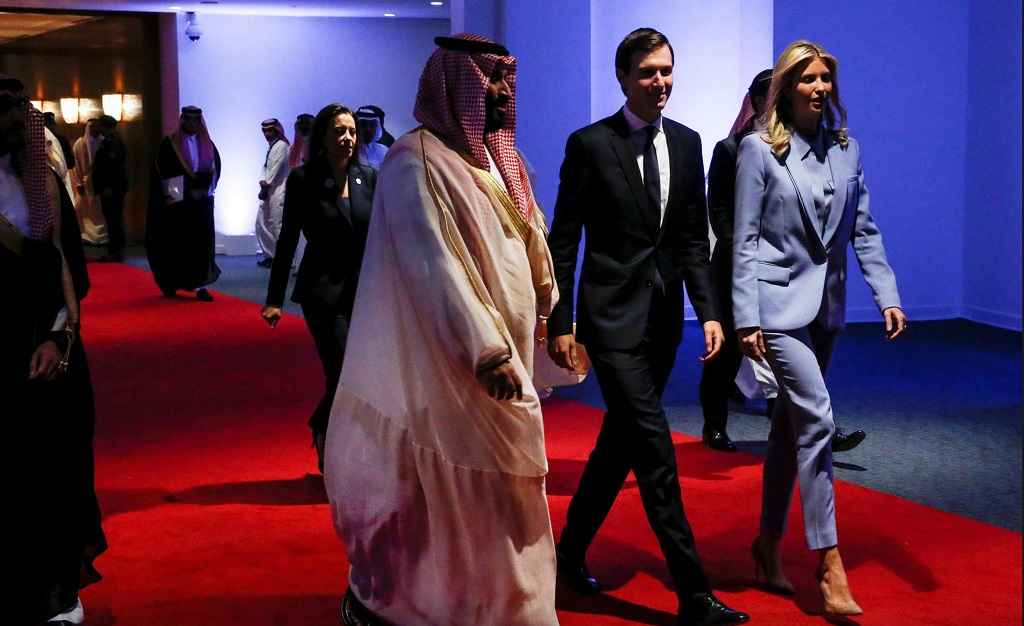 November 30, 2020 2:34 am 0
To Truly Weaken Iran the United States Must Assassinate Assad
If Biden Wants a New Iran Deal the Israelis Should Negotiate It
Axis of Self Destruction Is Working to Bust US Sanctions

When Jared Kushner and Ivanka Trump, the President’s ace team, decided to travel to Saudi Arabia in a “region simmering with tensions after the assassination of Iranian scientist Mohsen Fakhrizadeh”, Falafel felt the duty to get to the bottom of the timing of the trip. As it was his habit when he smells a rotten fish, Falafel interviews Ivanka Trump before she takes off to Saudi Arabia with her husband by her side.

It’s not like Kushner has any influence over Iranian actions or that Saudi Arabia miraculously carried out the precision attack to assassinate the scientist considering the country’s history of successfully and secretly assassinating and dismembering its foes. “What kind of a lame excuse was this?” Falafel thought to himself. Should Jared and Ivanka not go to Israel instead of Saudi Arabia and Qatar? Iran made it clear it intends to retaliate against the Israelis. Why Saudi Arabia? The real reason, not the spin.

After few phone calls, Falafel met with Ivanka in a secure hangar at Andrews Air Force base just before she takes off to Saudi Arabia. Her father has lent her his Air Force One for the occasion, which made Falafel question even more why such entrance to Saudi Arabia.

FALAFEL INTERVIEWS IVANKA TRUMP BEFORE HER TRIP TO SAUDI ARABIA

Falafel: Thank you Ms. Trump for the interview on such a short notice.

Ivanka: I heard much about you. You are one impressive S.O.B. Fire away.

Falafel: Can you tell my readers why the trip to Saudi Arabia when the tensions in the region are between Iran and Israel?

Ivanka: Glad you asked. You see, Saudi Arabia sits between the two countries.

Falafel: How does that matter?

Ivanka: You know, the shortest distance between two points and all …

Falafel (still confused): Why is distance important in this geopolitical tension?

Ivanka: Why do you insist on confusing my answers? If I say Saudi Arabia is important, it means it is important.

THERE IS A CAT IN MY BAG

Falafel: As you know, there is a secret server that records your father’s conversations with foreign leaders. The transcript I hold in my hand says that your father, the President, asked Mohammad bin Salman (MbS), the dark prince of Saudi Arabia, for his 10% cut. What cut is that?

Ivanka: Where did you get that? This is unbelievable! Was it the F.B.I?

Falafel: Sure was. Can you tell me what the words 10% cut means?

Ivanka: Your transcript is fake.

Falafel: In another transcript just before the call, your father explains to you how important your trip to Saudi Arabia is to get his 10% cut from the $100 Billions MbS stole from Saudi businessmen after his purge in 2017.

Ivanka: Your other transcript is fake.

Falafel: 10% of $100 Billions is $10 Billions. Is that possible? Why should MbS give up so much money to a lame duck President?

Ivanka: Because my father is still the President of the United States of America

Falafel: Is your father blackmailing MbS?

Ivanka: This is not blackmail. This is a legitimate business deal. My father protected his “ass” in return for 10% cut of MbS take from his purge.

Falafel: What happens if MbS does not pay up?

Falafel: But what if he does not.

Ivanka: I am to tell him my father will attack Saudi Arabia should he ignore the terms of their agreement. Trust me, he will pay.

Falafel: Why travel now? Why not after January 2021? Less prying eyes.

Ivanka: How stupid do you think we are? Once my father is out of office, he won’t be able to collect. He needs the Pentagon behind him to get his money. Strike when the iron is hot.

Falafel thought to himself how could Trump escape paying Uncle Sam half the money in taxes? He must have another scheme going.

Finally, Trump has blackmailed a country to pay up or else he would attack using U.S. military assets. No one does it better than Trump when it comes to blackmail.