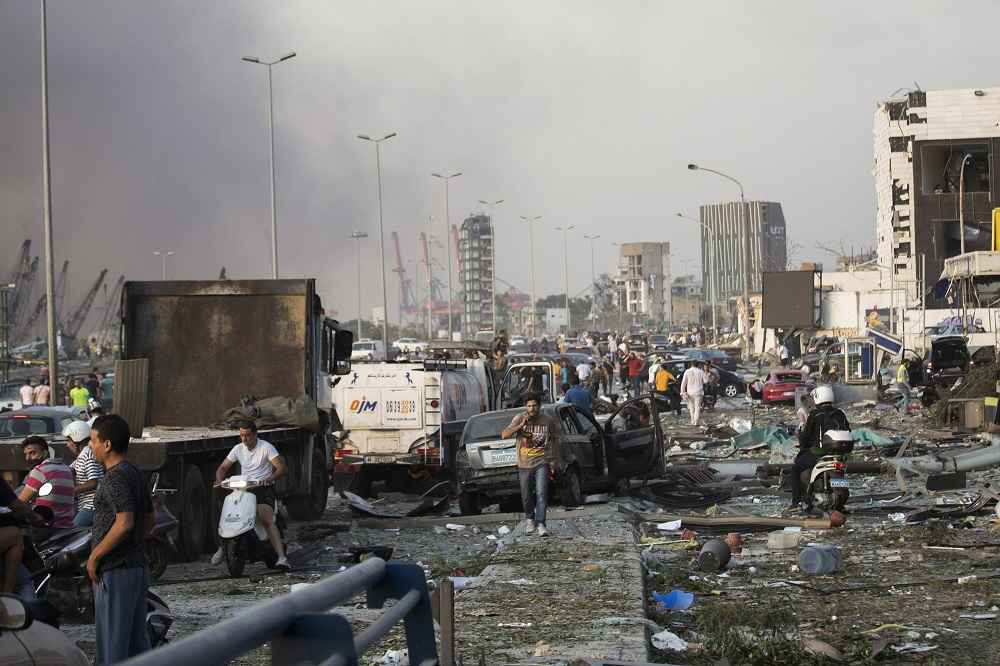 The Good News and the Bad News For Lebanon

August 6, 2020 8:49 am 0
Axis of Self Destruction Is Working to Bust US Sanctions
Hezbollah Would Rather See Lebanon Collapse Than …
Hezbollah Fails to Silence the Lebanese Press

There are the good news and the bad news for Lebanon. At least good in the sense that things could only get better.

The good news is that countries from around the world have stepped up to assist in any possible way. France, which enjoys special relations with Lebanon, is taking it upon herself, led by its President Emmanuel Macron, to mobilize and direct all that international goodwill to Lebanon’s benefit. This is one of those moments when history, between two close countries, set the example for the rest of humanity.

Nothing but our sincere admiration for France and the rest of the countries showing their true colors of human benevolence and empathy.

The bad news pivots around the fact that this horrific explosion and loss of life helps Hezbollah, Iran, and indirectly and the Assad regime in ways we are still discovering. Whether it postpones urgent domestic transparency investigations, or the U.N. postponing issuing its verdict with regard to Hezbollah killing the former prime minister of Lebanon Rafik Hariri. The blast froze the accountability the people of Lebanon expected from investigating the corruption that destroyed Lebanon’s economy.

The popularity of Rafik Hariri skyrocketed, which prompted Assad to order his murder on February 14, 2005. Hezbollah carried out those orders

LEBANON IS LIKE NO OTHER COUNTRY IN THE MIDDLE EAST

Of all the Arab countries in the Middle East, none even comes close to Lebanon’s sophistication, civility, and worldliness. Yet, no other country has experienced the serialized devastation over the last fifty years as Lebanon has. Not even Syria because that country’s miserable existence was predictable as long as Assad remained in power.

August 4, 2020 is one of those historical days that will live in the infamy of Hezbollah’s control and mismanagement of the country.

Prior to Lebanon’s own 9/11, this gem of a country experienced a civil war that pegged the Palestinians Lebanon hosted and the Maronite Christians for control of the country. It lasted a devastating 17 years and opened the door for the Assad vampire family to suck its blood. Who saved it but the former prime minister of Lebanon Rafik Hariri? In 1993, Hariri convinced King Fahd of Saudi Arabia to pour billions of dollars for reconstruction, and Lebanon seems to get back stronger than pre-1975. The popularity of Rafik Hariri skyrocketed, which prompted Assad to order his murder on February 14, 2005. Hezbollah carried out those orders.

Meanwhile, Hezbollah implemented Iranian orders to weaken the country. With help from corrupt politicians and political organizations that siphoned billions from its treasure. On top of economic devastation that began to appear in 2019, Lebanon today is suffering the worst setback probably in its history because not only the port was one of Lebanon’s most consistent source of revenues, but because of loss of life and confidence at a time Lebanon needed another 1993 boost.

THE GOOD NEWS AND THE BAD NEWS FOR LEBANON

The good news is that countries are coming to Lebanon’s aid.

The bad news is that Iran just got a stronger grip on Lebanon. The weaker Lebanon gets, the more control Tehran exercises over its institutions. It serves the Ayatollahs well to see Lebanon feeble and powerless. After all, Hezbollah is doing a stellar job of serving Iranian interests at the expense of Lebanon and its good people.

Maybe the west can, with France leading the effort, impose new conditions on its aid to cripple Hezbollah’s influence.

Let us hope so. Lebanon deserves our full support. It deserves to live free from the clutches of religious zealots and terrorists.

The Good News and the Bad News For Lebanon