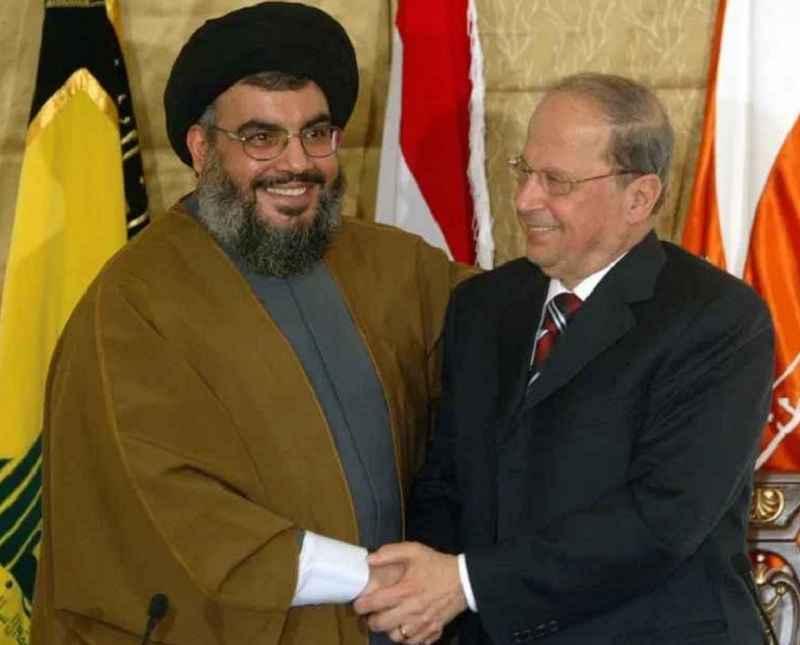 No Relief for Lebanon Unless Michel Aoun Resigns

Lebanon’s prime minister stepped down from his job Monday in the wake of the catastrophic explosion in Beirut that has triggered public outrage, saying he has come to the conclusion that corruption in the country is “bigger than the state”. There is no relief for Lebanon unless Michel Aoun resigns and Hezbollah opens the books on its entrenched corruption and embezzlement schemes.

The move risks opening the way to dragged-out negotiations over a new Cabinet amid urgent calls for reform. With Lebanon’s wheat grain inventory dipping below 20 days, the move will exacerbate the situation further, and may force the presidency into a deeper crisis mode.

The resignation follows a weekend of anti-government protests after the Aug. 4 explosion in Beirut’s port that decimated the facility. It caused widespread destruction, killing at least 160 people and injuring about 6,000 others. Up to 300,000 Lebanese are either homeless or live in inhuman conditions.

In a brief televised speech after three of his ministers resigned, Prime Minister Hassan Diab said he and his government were stepping down.

While protesters demonstrated in the streets near parliament for a third straight day, Diab started his televised speech by saying:

The moment typified Lebanon’s political dilemma. Since October, there have been mass demonstrations demanding the departure of the entire sectarian-based leadership over entrenched corruption, incompetence and mismanagement.

But the ruling oligarchy has held onto power since the early 90’s. It is difficult to find a credible political figure untainted by connections to it.

Diab blamed corrupt politicians who preceded him for the “earthquake” that has hit Lebanon. In his speech, he said:

They (the political class) should have been ashamed of themselves because their corruption is what has led to this disaster that had been hidden for seven years. I have discovered that corruption is bigger than the state and that the state is paralyzed by this (ruling) clique and cannot confront it or get rid of it.

Walid Jumblatt, one of those entrenched corrupt politicians, sought to remove Diab as prime minister. Exactly because the corruption of the elite political class shocked Diab. He was a professor at the American University of Beirut before he took the job.

NO RELIEF FOR LEBANON UNLESS MICHEL AOUN RESIGNS

The fact remains that Michel Aoun, the mouthpiece of Hezbollah and president of Lebanon, sits on top of that pyramid of corruption. His removal might unravel a “circle the wagons” attitude, which could have a domino effect. Lebanon needs a new political class of patriots to rise to replace the rotten one ruling today. The street demonstrations might just provide that platform for real change.

But until the forced resignation of Michel Aoun who will certainly flee to Switzerland close to where he stashed his hundreds of millions, the international community may never be able to save Lebanon. For the IMF to succeed in assisting Lebanon, Aoun is key to pry open Lebanon’s ugly past of financial shenanigans. Without him at the helm, the whole collective class of corrupt politicians might just escape to Europe. To where they hid their money.

No Relief for Lebanon Unless Michel Aoun Resigns