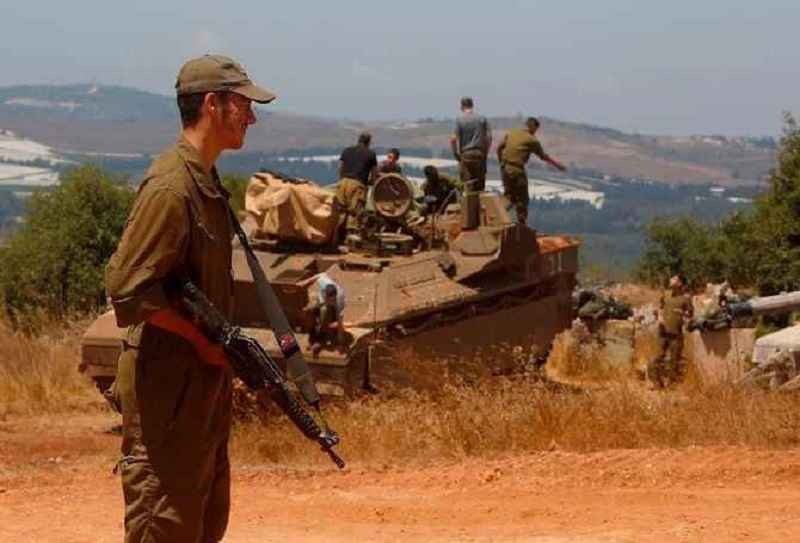 July 28, 2020 2:15 am 0
Michel Aoun Sold Lebanon to Hezbollah
The Lebanese Are In Disbelief Over The UN Hariri Verdict
Hezbollah Terrorists Can Kill But Not Govern

The Israeli military on Monday said it thwarted an infiltration attempt by Hezbollah militants, which set off one of the heaviest exchanges of fire along the volatile Israel-Lebanon frontier since a 2006 war between the bitter enemies. To distract from its corruption and a new audit of Lebanese government records, Hezbollah wants Israel to attack Lebanon so it can bury its malfeasance in the rubble.

Neither side reported casualties during a battle that raged for over an hour. Hezbollah denied involvement. But the Israeli military said it was sure Hezbollah militant group, sworn to obey Iran, had carried out the operation. The Israeli forces in the area remained on heightened alert.

Israel had been bracing for an attack since an Israeli airstrike in neighboring Syria killed a Hezbollah fighter last week. Following the airstrike, the Assad regime attacked the Israeli-side of the Golan Heights on Friday. Israel responded by attacking Syrian military positions and beefing up its forces in the area.

Hezbollah and the state of Lebanon bear full responsibility for this incident and any attack that comes from Lebanese territory against the state of Israel. Hezbollah needs to know that it is playing with fire. Any attack against us will be answered with great force.

Israel is making Hezbollah’s intentions public in the hope internal Lebanese pressure would spare the country Israeli firepower. But since Hezbollah takes its marching orders from Iran, a foreign non-Arab country, it is unlikely to have an impact.

Israel considers Iran and Hezbollah to be its most immediate threats.

Israel has acknowledged carrying out scores of airstrikes in Syria it says were meant to stop Iran from transferring sophisticated weapons to Hezbollah.

Monday’s incident occurred in an area known as Chebaa Farms.

The Israeli military said it spotted a small squad of armed men approaching the “Blue Line” — the de facto border between the enemy nations.

Shortly after they crossed the Blue Line, we engaged and were able to thwart the attack. This was a deliberate attempt to cross the Blue Line for hostile purposes.

He said the armed attackers quickly fled and fired back at Israeli forces.

Military forces continued to shell targets in southern Lebanon for at least an hour, while the Israeli military ordered civilians in border communities to remain indoors and closed roads to civilian traffic. Later Monday, Israel lifted the restrictions.

HEZBOLLAH DENIES ATTACKING AS PART OF ITS HOAX

In a statement, Hezbollah said its fighters were not involved in any fighting along the border with Israel. The terror organization denied attacking Israel because Hezbollah wants Israel to attack Lebanon and make it look like the attack was unprovoked.

It said the Israeli claims “are not true at all and are attempts to invent illusive victories”.

But Conricus, the military spokesman, said Israel was sure it was Hezbollah. He added that Israel did not consider the incident to be over, and that its troops remained on “heightened vigilance.”

Hezbollah has come under pressure at home from its rivals, who blame it for aggravating the country’s severe economic crisis through its military interventions in Syria, Iraq and Yemen. Its close ties with Iran and military involvement across the region have alienated oil-rich Arab countries and other potential donors. A distraction such as an Israeli attack would work in Hezbollah’s favor domestically.

During the 2006 war, Hezbollah launched some 4,000 rockets into Israel, severely disrupting life across the northern part of the country. Israel, for its part, inflicted heavy damage to Lebanese infrastructure. The war killed 160 Israelis and more than 1,000 Lebanese.

Since then, a U.N.-brokered cease-fire has largely held, although there was a brief one-day battle last September.