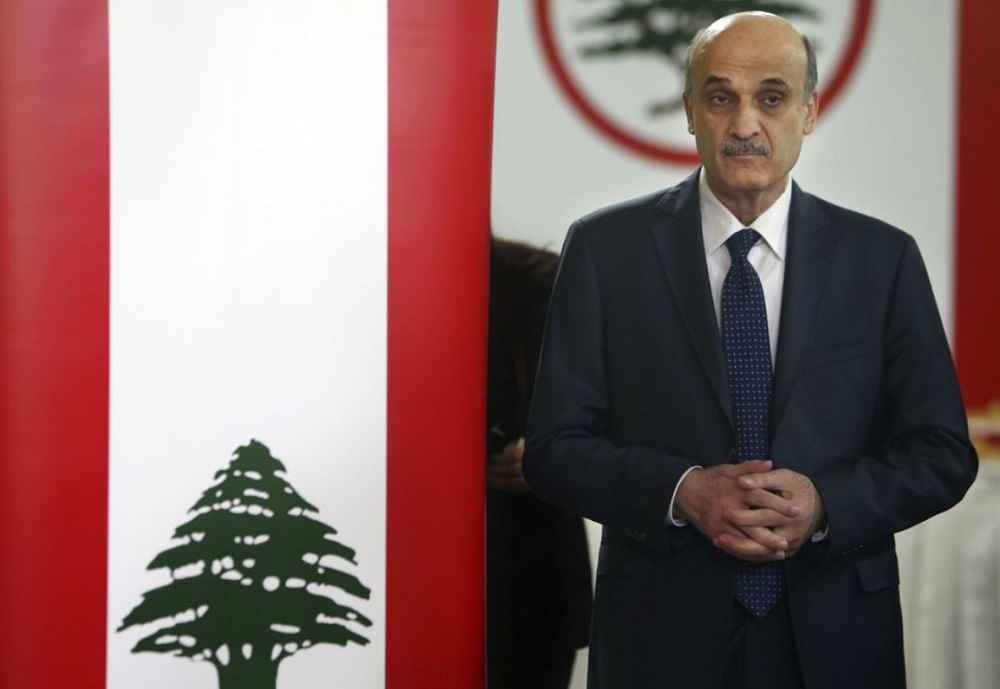 July 29, 2020 7:39 am 0
The Terrible Michel Aoun That You Don’t Know
Protesters Celebrate Independence Day in Lebanon
Trump Should Protect the US Embassy in Lebanon

Samir Geagea, the leader of the Lebanese Forces Party, spoke out on Tuesday about the economic and financial troubles facing Lebanon. The Lebanese politician blamed Hezbollah and Lebanese President Michel Aoun for the crisis gripping the small Mediterranean country, and advocated for their removal from power as the only solution to save the country.

Since Hezbollah came to control Lebanon, the Arab countries have distanced themselves from the government led by Michel Aoun, a Hezbollah puppet.

The Lebanese Forces Party is one of the most important Christian political organization. It fought for freeing Lebanon from the Syrian forces since Hafez al-Assad invaded and occupied Lebanon in 1976. After Assad conspired with Hezbollah to kill Lebanese Prime Minister Rafik al-Hariri, the Bush Administration forced Assad to exit Lebanon.

DIRECT CHALLENGE TO HEZBOLLAH AND AOUN

Geagea told The Associated Press that Monday’s military activity along the border with Israel was a clear indication the current Lebanese government, which Hezbollah formed, doesn’t have sovereignty in the south, along Israel’s border, where thousands of U.N. peacekeepers are based.

The Israeli military said it thwarted an infiltration attempt Monday by Hezbollah militants. Hezbollah’s actions set off one of the heaviest exchanges of fire along the volatile Israel-Lebanon frontier since a 2006 war between the bitter enemies.

Geagea said in the telephone interview:

Yesterday’s incident gives a clear idea about the state of sovereignty for the Lebanese state. Is that acceptable? Which Arab and foreign countries want to deal with a government that considers itself nonexistent at a time when there is a security danger along its border?

Hezbollah and its allies of the Free Patriotic Movement of President Aoun control majority seats in parliament. Both are the main backers of the current government that took office earlier this year. Prime Minister Hassan Diab replaced Western-backed Saad Hariri who resigned in October, following nationwide protests against widespread corruption and mismanagement by Lebanon’s rulers.

Since then, the government has struggled to contain the escalating crisis, made worse by the pandemic. The government defaulted on paying back its debt for the first time in March. Further, the past few months have seen the Lebanese currency lose more than 80% of its value.

The government has requested a bailout from the International Monetary Fund but negotiations have stalled. They started since mid-May with no sign Hezbollah is willing to accept IMF conditions. Oil-rich gulf nations as well as international donors are refusing to give Lebanon a hand before major reforms are carried out within state institutions.

Geagea, whose party has taken part in successive governments for the past decade and has 15 legislators in the 128-member parliament, said Lebanon received much assistance from Arab and Western countries in the past but all was wasted. Only a new, independent government would be able to win back the international community’s confidence, he said.

“[Hezbollah and Aoun] brought Lebanon to where it is and they will continue to do the same in the months to come.. As long as they are in power we will continue in the crisis. It is a very simple and clear equation. They are living on a different planet.

The state’s strategic decisions are in Hezbollah’s hands. They led to deteriorating Lebanon’s relations with Arab states, he also said. In the past, Arab countries stepped up to the plate to assist Lebanon when needed. But since Hezbollah fully became in control of the Lebanese government, Arab countries contravened.

Geagea, whose party played a major role in Lebanon’s 1975-90 civil war, said that once Hezbollah withdraws its fighters from Yemen, Syria and Iraq, and stops implementing Iran’s policy, Arab states will most likely review relations with Lebanon.