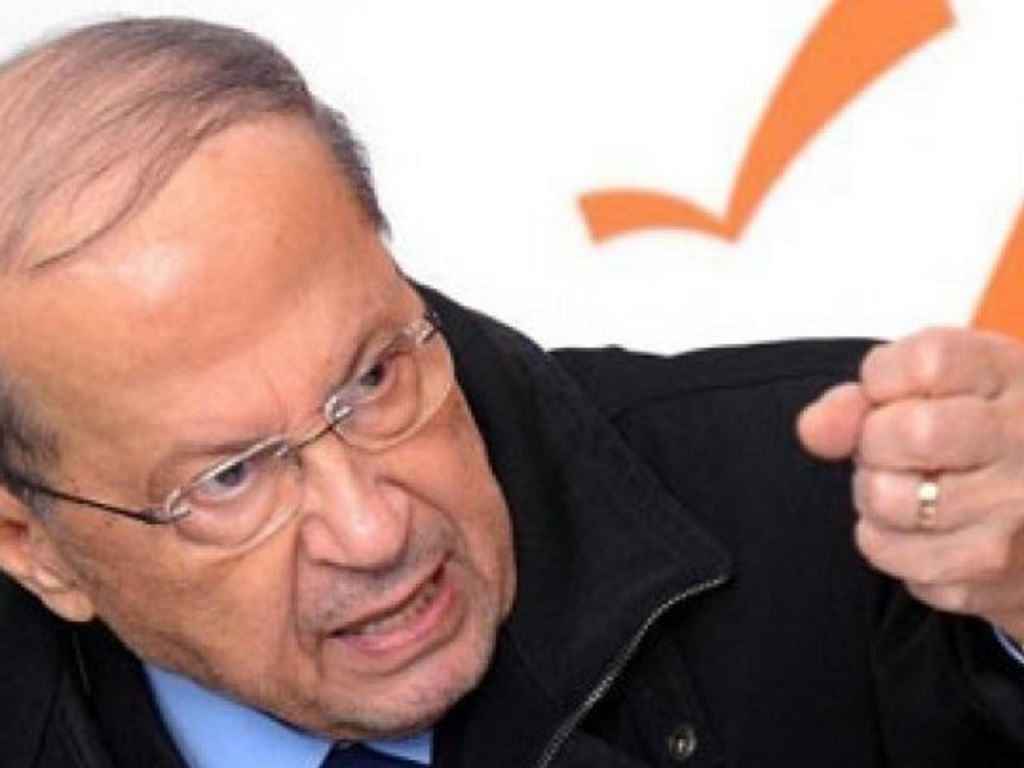 Will the US Sanction Michel Aoun Next?

Western powers seeking to rescue Lebanon’s teetering economy have given the country’s leaders an ultimatum: there will be no bailout unless they form a credible government to overhaul a bankrupt state – and do it quickly. Standing in the way of real reforms is none other than Lebanese President Michel Aoun who brought Lebanon to its knees with his corruption. Will the US sanction Michel Aoun next?

France, the United States and other donors who repeatedly came to Lebanon’s aid since the 1975-90 civil war are losing patience with its politicians, many of them familiar faces in charge during the country’s descent into economic crisis.

WILL THE US SANCTION MICHEL AOUN  NEXT?

Huge protests erupted against the ruling elite last year as people blamed them for looking after vested interests while national debts mounted. The pandemic further strained resources and a huge port blast in August destroyed large areas of Beirut.

As dollars run low, basic goods including some medicines are in short supply and more people in Lebanon are falling below the poverty line.

French President Emmanuel Macron, a natural ally given Lebanon is a former French colony, rushed to the city after the explosion and tried to convince politicians to introduce at least partial reforms to confront the emergency.

But rival factions are still fighting over turf wars. Lebanon has not formed a new government since the blast brought down the last one. As in previous deadlocks, each side blames the other.

In talks in Beirut last week, Patrick Durel, an adviser to Macron on the Middle East and North Africa, made clear that while Paris remains committed, “we will not bail them out unless there are reforms”, according to two sources who were present.

Those times have changed.

A Western diplomat said France was still trying to host a planned conference on rebuilding Beirut by the end of November, but doubts remained.

There are no developments. The Lebanese politicians are back to their way of doing business and what’s worrying is the complete disregard for the population.

The message from the French now is clear: no government, no reform, then au revoir, merci — Senior Lebanese Political Source

Dorothy Shea, the U.S. ambassador to Lebanon, speaking to an online conference of the CSIS think-tank in Washington on Friday, said the United States “gets that Lebanon matters” and that “avoiding state failure…has to be first and foremost.

We can’t really want it more than they do.

Shea said there would be no bailout without reforms.

“We got smart,” she said, adding there would be “a step-by-step approach and no free lunch.”

Saad al-Hariri, the Sunni prime minister-designate under the country’s sectarian power-sharing agreement, is struggling to form a cabinet.

The main sticking point, official sources say, is Aoun and his US sanctioned son-in-law Gibran Bassil’s insistence on nominating Christian ministers in an 18-member government. Hariri wants all ministers to be specialists and not affiliated to political parties.

A source close to the talks said some involved identified Bassil as the main obstacle to the forming of a cabinet.

A source familiar with Hezbollah’s thinking said that Durel asked the group to try to persuade Bassil, a close ally, to soften his stand. Hezbollah was reluctant to exert further pressure on him as it could weaken him further.

LEBANESE POLITICIANS ARE ACTING AS IF THEY CONTROL THEIR DESTINIES

Several sources said the current standoff was suicidal for the country, which is running through its foreign reserves fast. They are estimated at just $17.9 billion.

Because of the sanctions, which U.S. ambassador Shea acknowledged were part of the outgoing Donald Trump administration’s “maximum pressure” campaign against Iran, Tehran and allies are opting to wait until Trump leaves office.

But some officials in Lebanon warned against playing the waiting game.

A senior political source familiar with the talks said:

The message from the French now is clear: no government, no reform, then au revoir, merci. And if the French wash their hands of this, then who will still look at us? The Gulf? The U.S.? Nobody. At the end of the day, they don’t know how to deal with exceptional times and challenges…We’re still dealing with government formation as if these are normal days.

Shea said donors had to “stick to their guns”, otherwise the political elite would not take them seriously.

If they don’t feel the sense of urgency to form a government how can we keep the pressure on them? They look at us and say ‘try to make us reform – It’ll be fun watching you’.

Will the US Sanction Michel Aoun Next?